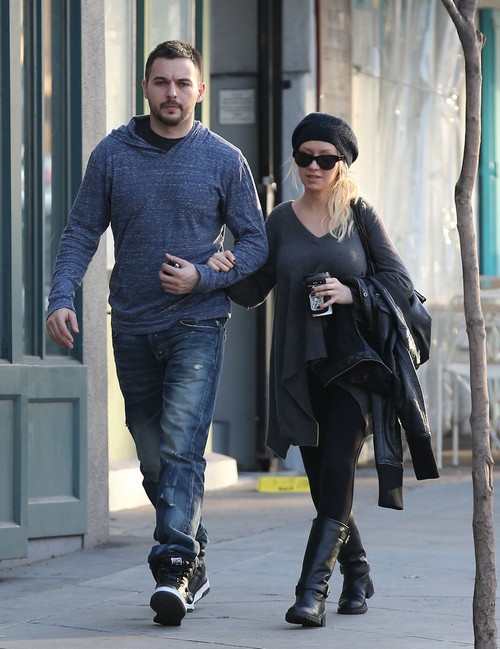 Last week on Valentine’s Day Christina Aguilera shocked her Twitter followers when she announced she was officially engaged to her boyfriend Matt Rutler.  She tweeted a picture of her huge engagement ring, implying that Rutler had proposed, and obviously she had accepted his proposal.

According to In Touch Weekly, there may be an ulterior behind the happy couple’s sudden engagement, Christina is allegedly pregnant with Matt Rutler’s baby!  In Touch spoke Christina’s future mother-in-law, Matt’s Mom, Kathleen Rutler, and she hinted that there may be another baby on the way.  They asked Kathleen if Christina planned to move with Matt to the East Coast.  Kathleen responded, “I’m not sure what their plans are.  But when you have a baby, you’re not planning on moving anywhere anytime soon!”  Kathleen also went on to brag that the Rutler family is smitten with Christina, even if she and Matt haven’t officially tied the knot yet, they already consider her an honorary Rutler.

Now, some people could argue that Matt’s Mom was referring to Christina’s son Max.  But, Max isn’t a baby anymore, he is five years old!  There is no reason that Christina and Matt would consider not moving because of Max’s age, he’s definitely not an infant anymore.  And, it would be pretty strange of Matt’s Mom Kathleen to refer to five year old Max as a “baby.”
Do you think Christina Aguilera and Matt Rutler got engaged because they are expecting a baby together?  Or, do you think we are getting excited for nothing and this is just another Hollywood baby rumor?