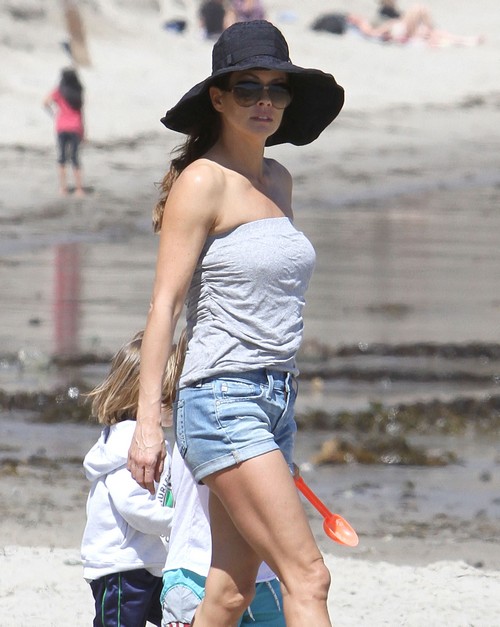 Brooke Burke-Charvet danced her way into the hearts of viewers when she appeared on the show as a contestant and walked away with her own Mirror Ball Trophy. She went on to join host Tom Bergeron and has sparkled as a co-host since season 10.

With her long history on the show, she may have thought she was safe from elimination. Unfortunately for the leggy brunette, her time has run out and she seemed as surprised by the firing as her fans were upon reading her tweet, “weird day…Shocking elimination #DWTS…ME. @Tom_Bergeron didn’t even read my name. I won’t be returning to the show this season.”

The ever-graceful Burke-Charvet took the news like a champion and shared with fans that she understood the show’s new format would require some changes based on what they’re trying to accomplish. It has been reported for weeks that the show would be making some serious changes in an effort to stop the steady decline in ratings. They will be returning to a single-night format, they are replacing the 28-piece band with more innovative music, they plan to introduce some fresh new dancers, and there have even been rumors that there will be some new faces at the judges’ table.

Season 18 of DWTS is said to be the reality show to watch in 2014 because it will be fresh, new, and exciting for fans to watch. The season 18 celeb lineup will be announced on March 7, and the show begins on March 17. Will you be watching? What do you think of the changes? Tell us what you think!