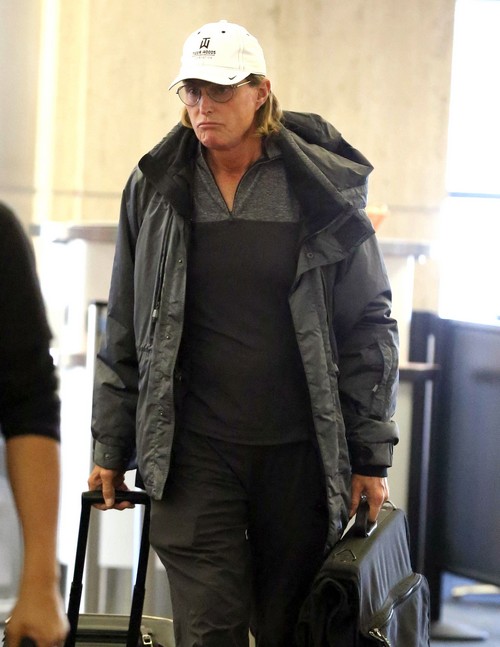 It is always interesting to see how Momager and Keeping Up With The Kardashians co-producer Kris Jenner spins her family’s stories on their E! reality series.  No amount of positive spinning could hide Bruce Jenner’s overall dislike for his ex Kris Jenner though.  Now that he is no longer living under the Kardashian’s roof this season, he has been defying Kris’s orders and meddling in their kids’ lives just to spite their over-bearing Mom.

Apparently encouraging 18 year old Kendall Jenner to move out and leave Kris (which we seen last night on KUWTK), isn’t the only spiteful meddling Bruce has been doing.  According to sources Bruce Jenner has been meeting secretly with Lamar Odom and trying to help him win back Khloe Kardashian.

Sure Bruce cares about Khloe more than her own mother Kris does, and surely he wants her to be happy.  But, it is pretty obvious Bruce has ulterior motives.  Kris has made millions exploiting Khloe and Lamar’s divorce over the past year, a reconciliation is that last thing she wants.  So, it is the first thing Bruce Jenner wants.  Also, Kris’s kids are all growing up and starting families of their own and leaving her behind.  Since, Khloe and Lamar’s marriage began to fall apart and Khloe has been single and ready to mingle, Kris scored a new single girlfriend and clubbing buddy.  If Khloe and Lamar get back together, Kris will have no one to go out and party with.

Bruce Jenner really is a mischievous man, the media doesn’t give him enough credit.  He seems determined to destroy Kris Jenner, and helping Khloe and Lamar get back together would definitely help him do so.

Do you think Khloe and Lamar should get back together after everything that has happened in their marriage?  Do you think Bruce truly wants them to reconcile, or is he just encouraging it to get under Kris’s skin?