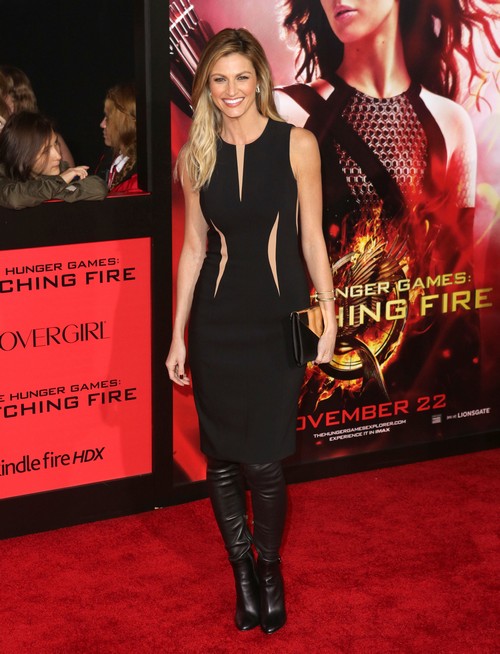 Dancing With The Stars fans are still reeling from the shocking announcement a few days ago that Brooke Burke-Charvet has been fired from her co-host position on the popular ABC reality TV show.  After competing as a dancer on DWTS, Brooke Burke went on to co-host the reality show for seven seasons.  Burke-Charvet became a household name, and fans had come to expect to see her every season on Dancing With The Stars.  Although DWTS fans were not pleased, Brooke took to Twitter to let them know that she was perfectly okay with the show letting her go, because she was “ready for a change.”

This morning on Good Morning America Brooke Burke’s replacement was revealed.  Starting next month Erin Andrews will be co-hosting Dancing With The Stars.  Erin Andrews is popular sports broadcaster, and currently is reporting for FOX Sports, in earlier years she worked for ESPN.  Andrews rose to Dancing With The Stars notoriety in 2010 when she competed in 2010 with dancing partner Maksim Chmerkovskiy.  Maksim and Erin made it to the semi-finals of DWTS that season, and finished in third place out of a total of eleven teams.
Also, this morning on Good Morning America it was announced that next week ABC will reveal the Season 18 Dancing With The Stars cast.  Next Tuesday on March 4th we will learn what celebrities ABC has hand-picked to perform alongside professional dancers on the new season of the reality TV show.

Will you miss Brooke Burke-Charvet on Dancing With The Stars this season?  Or, do you think ABC made a wise decision replacing her with Erin Andrews?  Sound off in the comment section below!