Kendall Jenner And Harry Styles Romance Over: Harry Is Done With Her 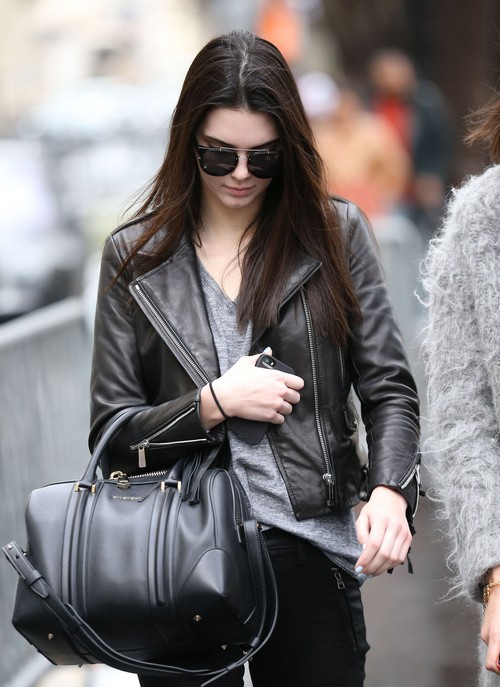 After only three short months, the Kardashian Kurse hits Kendall Jenner as boyfriend Harry Styles not only ends their romance, but reportedly won’t even answer or return her calls.

Kendall has been a bundle of nerves since taking up with Harry. Despite what looks like constant self-admiration with a non-stop flow of selfies plugging up Twitter and Instagram, Kendall is very insecure and the fact that Styles, 20, is such a hit with the ladies drives her nuts. Between that and the distance, she has become obsessed with worry and has been using Khloe as a sounding board.

Now, things have gone from bad to worse with Harry refusing to even take Kendall’s calls. It is the ultimate dis and Kendall, 18, is very embarrassed. Her mom Kris Jenner made such a public spectacle out of the fact her daughter was dating the One Direction singer, that now Kendall feels everyone will make a joke out of the way Harry dumped her.

On February 22, the two both happened to be at the Staples Center in Los Angeles to see Miley Cyrus’ concert but the former couple did not connect. HollywoodLife.com reported that Kendall couldn’t hide her disappointment in the failed romance as she left the show looking down, but Harry seemed to have taken the break-up well and was in good spirits upon leaving. Kendall will likely blame their busy schedules for the separation, but Harry just didn’t like her as much as she liked him and broke off the romance shortly after getting what he wanted….some press and some, well, you know.

There is a lesson here, Kendall. Do not involve Momager Kris in any of your relationships in any capacity!