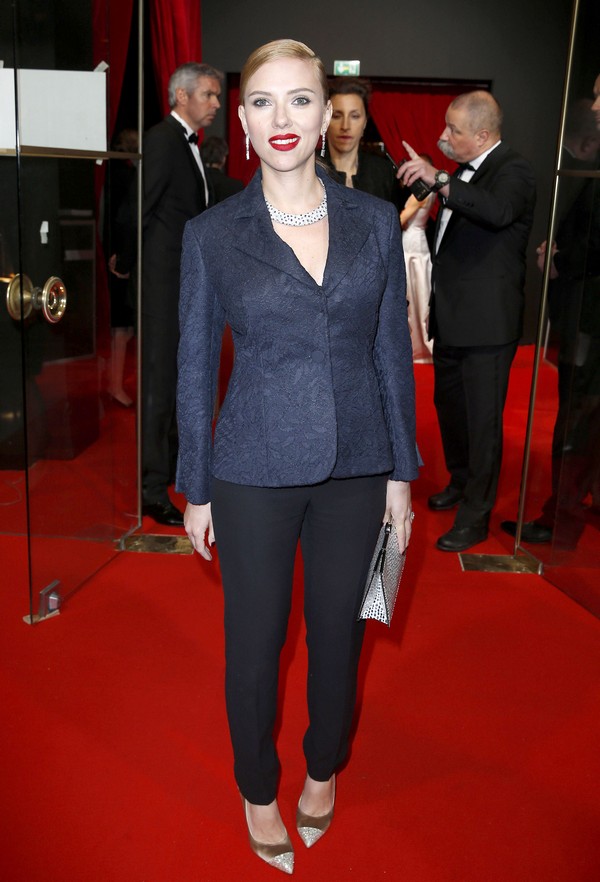 Scarlett Johansson announced her pregnancy today and if her no show at last night’s Oscar after-parties begs a question – then now she can at least say pregnancy is already slowing her down rather than admit to any left over hard feelings for getting snubbed by the Academy. Oh yes, I went and I do not regret it. There is no question about it – Scarlett should have gone to support her Oscar nominated movie and she chose to stay home. But anyways back to her conveniently timed happy news.

The 29-year-old Johansson got engaged to Romain Dauriac — a French journalist — last September, but Johansson’s in no rush to get married.

All I ask is why. She barely got to know fiancée Romain Dauriac before they became engaged and not a year later she’s having a baby with him. Come on, Scarlett, you’re too rich to be this sloppy! Someone should have learned from Jessica Simpson. She has two kids with her fiancee and they haven’t gotten married yet. The story floating around after baby numero uno was that the the minister’s daughter and her former football playing beau couldn’t agreement on a pre-nup.  Fast forward and the two are still unmarried..hmmm.

Can’t help but wonder what “no rush” really means for Scarlett and Romain!