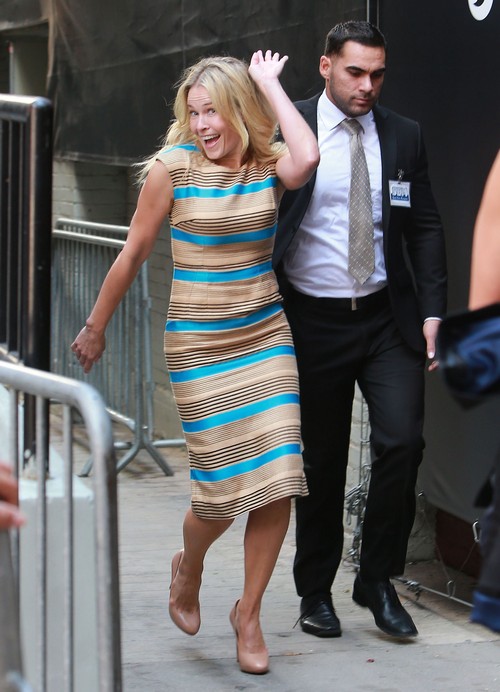 Chelsea Handler thinks sleeping with black people is going to excuse her from the major faux pas she made after the Oscars. And sorry Chels, but there is a lot of prejudicial remarks and/or actions that can slip under the radar no matter who is in your inner circle or your bed. Because the truth is anyone could be a racist even if they’re Black themselves and are racist against other Black people.  That’s why the best response to “Are you a racist?” is simply no. Otherwise people will think need the accused is over-explaining.

That’s why its best to take Paula Deen as a cautionary tale. She started off  fine in the beginning when she was just defending herself and then it was as if she couldn’t shut up. She continued to open her mouth and it kept hurting her brand every time she did.

Over at Jezebel they described Chelsea’s situation perfectly. Chelsea wasn’t fortunate that she didn’t go as far to offend like Paula but her actions were still pretty shady – People were understandably a little pissed that Handler used Nyong’o and 12 Years a Slave as a jumping point to sell her book just because all of them sort of (sort of, as in “just barely”) have to do with the same gigantic and extensively diverse continent, but Handler— in the tradition of Whitey going into Africa — is sticking to her guns and not apologizing.

Is this over-hyped response to what’s PC? Maybe and yet it would serve in her best interest if Chelsea said a quick I’m sorry and then play it low key for the next couple of days.  I love her but she did try to use a movies about slaves to promote herself and that was never going to go down well!