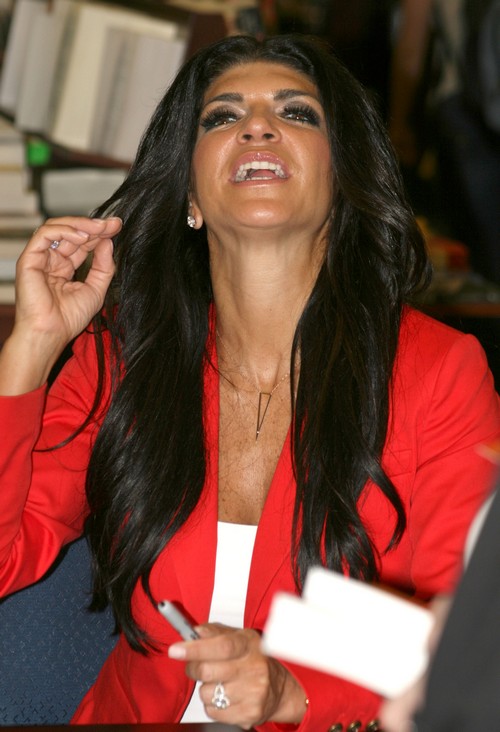 If you’ve been following the Real Housewives of New Jersey couple Teresa and Joe Giudice as they fight charges on several counts of fraud and failure to pay taxes, you know that they have plead guilty  to several of the 41-counts of mortgage and bankruptcy fraud they have been charged with. And while this could mean some jail time for the couple, fans will still be seeing the Giudices for at least another season.

Sources have shared with TMZ that producers are working in overdrive to get through all the filming for season 6 before the couple is carted off to jail! Producers believe this is a ratings goldmine, and know viewers will tune in to watch the Giudices battle their legal problems as their empire begins to slowly crumble.

While they hope to have season 6 wrapped up in time, producers are still concerned about the reunion show, as this is always filed after the season wraps. Producers believe Teresa and Joe may already be serving their sentences at the time the reunion show would film.

The bright side for the couple is that they’d still be earning a much needed income. They are becoming deeper and deeper in debt with the expenses from their current legal mess. Of further concern is how Teresa will survive after serving her time, especially if Joe ends up being deported.