Teresa and Joe Giudice Plead Guilty To Fraud – Will Their Plea Agreement Keep Them Out of Jail? 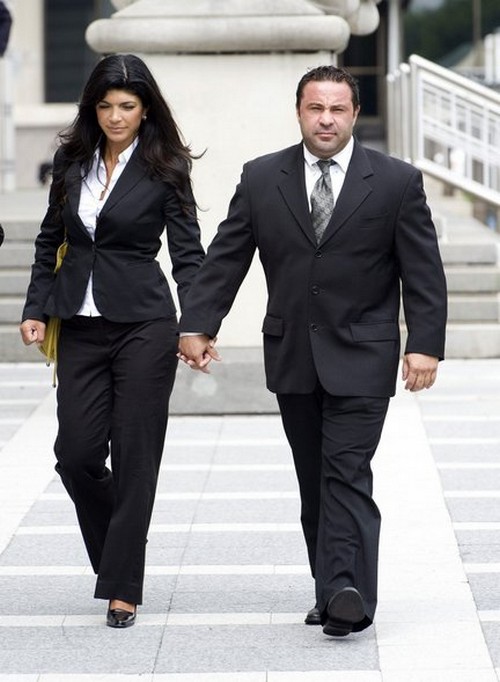 Real Housewives of New Jersey stars Teresa and Joe Giudice finally got around to pleading guilty earlier today. Not that they had any other choice really. Truthfully, it was inescapable that they would have to plead guilty but they sure did dragged their feet about it. And I’m not being offensive here but if someone’s obviously guilty like these two then maybe they should have changed their verdict a while ago. You know back when the plea agreement possibly gave them more rather than drag all of this out to almost the very end.

“We’ve known for almost a year that Teresa Giudice and her husband Joe could face jail time. Now, the reality of that fact is staring us straight in the face. After pleading guilty on March 4, Teresa and Joe will soon be sentenced for their 41 counts of federal fraud, and E! Online has revealed their official sentencing date.

Teresa and Joe will receive their sentence on July 8, 2014, just over four months from now. As things stand, it seems most likely that Joe will spend three to four years in prison, while Teresa will get less than two.”

Overall it doesn’t appear to be a bad deal but its hard for parents to  young children to see it that way.  There will be misses birthdays, dance recitals, and any other thing a daughter wants her parents to be there for. So far these two parents, that have clearly taken pride in their children, to miss this much is definitely going to hurt them. And it would surprise no one if the relationships with their children never fully recover after the Giudices’ prison term.