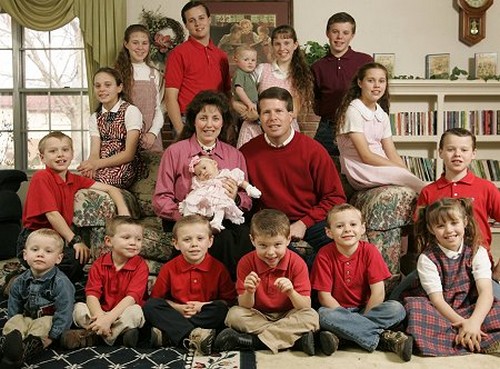 Bill Gothard, founder of the Institutes for Basic Life Principles and the Advanced Training Institute – both organizations the Duggar family have had involvement with – has been placed on administrative leave after accusations of sexual harassment by several women who worked for him went unreported, RadarOnline.com reports.

The Duggar family has gathered on many occasions at the Basic Life Principles ministry, but now it seems, after the first claim of sexual harassment was made in 2012, the Duggars have distanced themselves from Gothard and the ministry. Now, 34 more women have come forward with similar claims, some even teenagers.

Board chairman of the ministry Billy Boring tells World magazine, “After completion of the review, the board will respond at an appropriate time, and in a biblical manner. In the meantime, [Gothard] will not be involved in the operations of the ministry. The board of directors will be prayerfully appointing interim leadership.”

During an April 2013 episode of 19 Kids and Counting, the Duggars sent son Joseph Duggar to Gothard’s military boot camp for young men when he began exhibiting bad behavior. Seems like Gothard, should have attended the camp himself! Gothard, 79, has yet to make a public statement about the claims, nor has he made any admittance of guilt or taken responsibility for any of the claims against him.