Kate Gosselin Screams At Twins At Demi Lovato Concert; While Holding Hands With Her Married Boyfriend 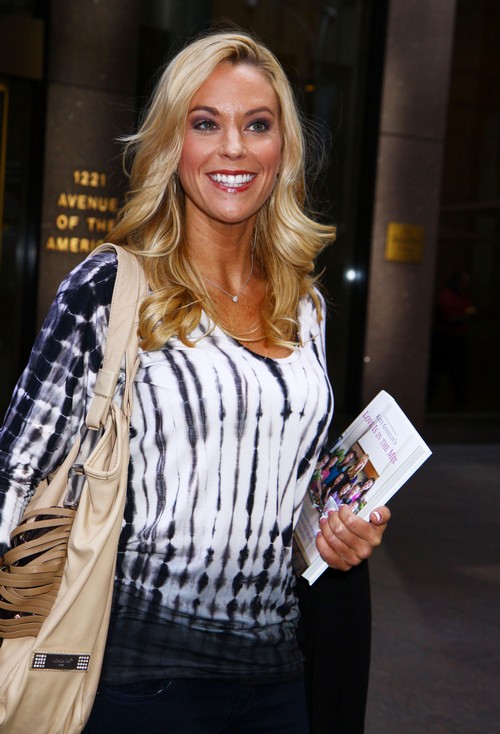 We’re a little shocked Kate Gosselin even let her twin daughters Mady and Cara out in public again, after they embarrassed her on NBC’s Today Show earlier this year.  In a live interview Mady and Cara clammed up and refused to speak, most likely due to a case of stage fright, and to make matters worse Kate reprimanded them and told them to “spit it out.”  Viewers took to social media following the awkward and painful to watch interview and slammed Kate for forcing the girls to go on television and then embarrassing them and yelling at them during the interview.

Kate kept the twins out of the public’s eye since the interview in January, but apparently she decided to give them another chance and let them see the light of day and attend a Demi Lovato concert.  Onlookers at the concert ran into Kate and her daughters at the merchandise store before the show began, and reported to Radar Online that Kate was “bitching out the twins.”

As if Kate didn’t embarrass the twins enough by yelling at them in public, she proceeded to prance around with her married bodyguard Steve Nield and hold hands with him.  Radar’s source reported that Kate and Steve were definitely a couple, “and they weren’t trying to hide it.”  How embarrassing for the twins!  Can you imagine going out in public with your Mom yelling at you while she is on a married man’s arm?

Are you shocked by Kate Gosselin’s recent display of questionable parenting, or does nothing surprise you anymore when it comes to Kate?