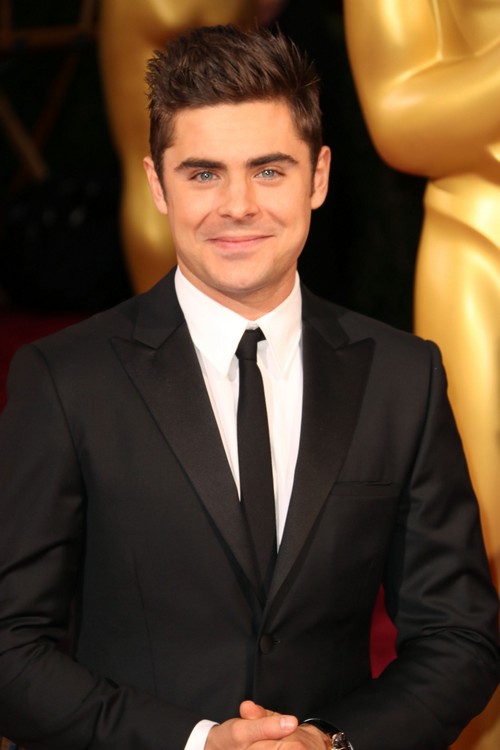 MTV just locked in every potential female viewer with a television for the 2014 MTV Movie Awards on Sunday, April 13th.  The annual MTV Movie Awards have been a long-standing MTV tradition.  They are kind of like the Oscars, only fun, and the people get to decide the winners by voting online.

This year Zac Efron received a nomination in the “Best Shirtless Movie Scene” category, for his role on That Awkward Moment.  He has some pretty stiff competition this year, the other four nominees are Jennifer Aniston (We’re The Millers), Leonardo DiCaprio (Wolf Of Wall Street), Sam Claflin (The Hunger Games: Catching Fire), and Chris Hemsworth (Thor: The Dark World).

After MTV unveiled their nominations for the 2014 MTV Movie Awards, and opened the polls, Zac Efron took to Twitter and began campaigning.  He tweeted this messaged to his fans, “If I beat Thor– I’m accepting the award shirtless on stage. #movieawards.”

The 2014 MTV Movie Awards nominations list included films such as: American Hustle, Wolf of Wall Street, This Is The End, That Awkward Moment, Dallas Buyer’s Club, Identity Thief, Iron Man 3, and many more.  American Hustle and The Wolf of Wall Street will most likely lead the night, both movies received eight individual nominations,  Leonardo DiCaprio received an additional six individual nominations for his performances last year.  Conan O’Brien is set to host the event, and it will air on MTV on Sunday, April 13th.

What are your predictions for the MTV Movie Awards this year?  Do you think Zac Efron will actually bring in enough votes to beat Leonardo DiCaprio and Chris Hemsworth?  Will he actually make good on his promise to accept the award shirtless?