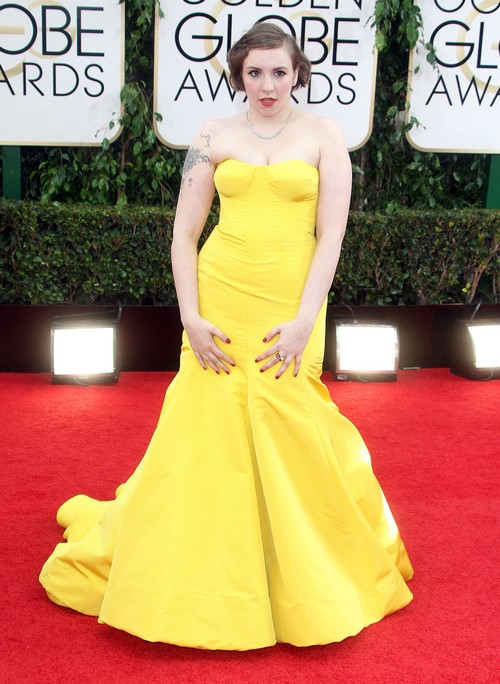 Finding a picture of your boyfriend or spouse with a former flame can be upsetting to begin with. Finding that your current squeeze’s ex is none other than Scarlett Johansson is a completely different ballgame. So, it is no wonder Lena Dunham was upset to find that her boyfriend of two years, Jack Antonoff, was pictured with then-girlfriend Scarlett, on the website Old Loves, The Enquirer reports. The guitarist with the pop band fun. and the Avengers siren dated in high school from 2001 to 2002.

Lena reportedly began questioning Jack on other former loves so that she doesn’t ever have to find out about past hookups from sources other than her man. By Jack not sharing the past relationship with Lena, she feels he likely is hiding even more. Jack didn’t think the past short-lived romance was worth bringing up since they both had obviously moved on, and nothing good would come of Lena knowing about it. Apparently, he was wrong.

Now, Jack has to start spilling the beans because Lena wants to know all the details form his past so that she is not caught off guard again. She feels that even if it is hard to hear, she’d rather learn about former romances form him rather than from anyone else. In any case, this is great material for new music for Jack’s band or for an upcoming Girls episode.