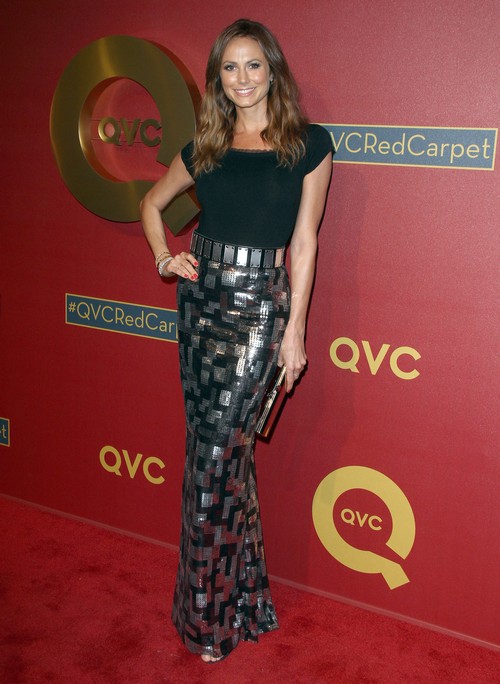 Did Stacy Keibler have something to prove to ex George Clooney? Why else would she marry boyfriend of less than six months, Jared Pobre, so soon after her famous break-up? The couple, who claim to be “soul mates,” married in an intimate ceremony on a beach in Mexico on Saturday.

Keibler spoke to People Magazine shortly after her rushed nuptials and shared her excitement, “My happiness is indescribable! Marriage is the ultimate bond of love and friendship. It means putting all your faith and trust into a person that you can’t help but believe is your soul mate. Someone who has all of your best interests at heart; someone hand-picked for you, to help you grow and be the best person that you can be. Jared is all of this for me.” Sounds like something she picked up off of a Hallmark card.

The couple claims that while this was a surprise to family and friends who joined them on vacation, they have been planning this for months. Really? That would mean that likely their first-date chatter was about their special day. Stacy was deeply committed to Clooney and desperately longer to be “the one” who would claim his bachelorhood. She failed, as so many before her, but is hoping to prove to George that she is a catch and that he should have put a ring on it while he had the chance. She hopes he sees her happy and getting the family she so wanted.

Keibler split from former love Clooney last summer and began dating Orange County native Pobre in the fall. Mrs. Pobre’s hubby is the CEO of Future Ads, a private interactive company. While this is the first marriage for both, I think we can safely say that it will not be the last for either as well.