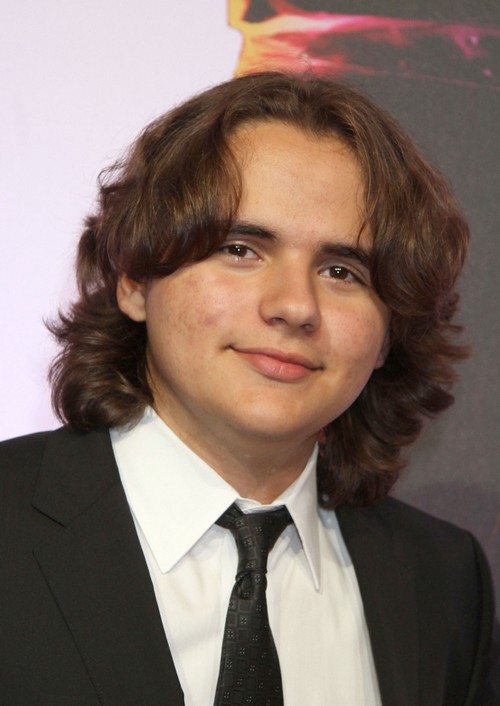 So has the late “King of Pop” Michael Jackson’s eldest son, Prince Michael Jackson I, stumbled upon his very own “Liberian Girl?” Cause from the looks of things, a young lady has come into his life and changed his world. Just like in the movies. In fact it was at a Hollywood screening of a movie that Prince MJ let the world know this NEW girl is very special to him.

According to Radar Online: “While most teens take dates to the local cineplex, seventeen-year-old Prince Michael Jackson debuted his new girlfriend, Nikita Bess, at the red carpet premiere of Mr. Peabody & Sherman last week in L.A….”Jackson had been dating Remi Alfalah, a fellow classmate at the Buckley School in Sherman Oaks who had been linked to the royal family. But late last year, she tweeted ominously, “You’re nothing to me until you’re everything” and just a few weeks later he was spotted out with Bess.

The pretty teen- who’s also a student in the University of California L.A.’s early acceptance program- has even met Prince’s family! She posted a video of herself taking in a Jackson family concert in Las Vegas last month, seated alongside Prince, his brother Blanket, and family matriarch Katherine Jackson.

Well this is just special. Young love can be one of the greatest things in life, especially for a mega rich Hollywood heir. All things considered, it is nice to see one of the late King of Pop’s children living what appears to be a healthy normal teenager life. Hopefully things will stay like they appear, as these children have been through a lot since their father’s death.  We here at HH wish Prince the best and hope the same for his teenage sister Paris Jackson as well. Not too much dirt in this load, but maybe you can help us shake some of the dust out. What are your thoughts on Prince’s dating life? Share your thoughts in the comments below!