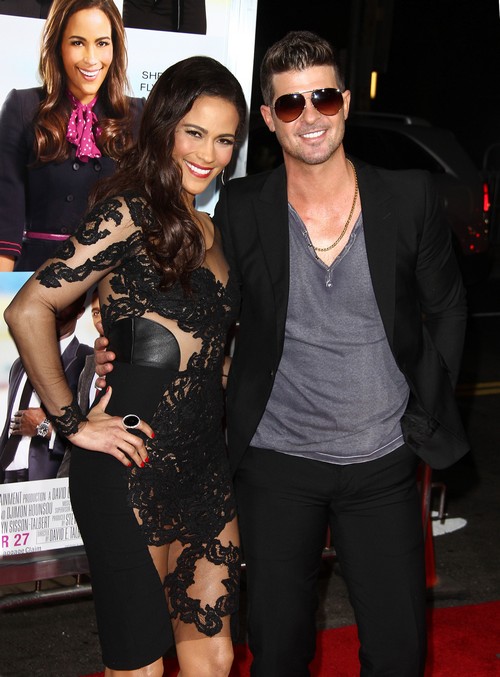 Robin Thicke has been putting in work trying to win back his wife of nine years, Paula Patton, and it seems as though his efforts may have worked. TMZ reports that sources connected to the couple have shared that Paula has finally softened to the idea of reconciliation.

While Paula initially made it clear to her Blurred Lines hubby that she wanted a divorce, the two talk frequently, and his begging and pleading for a second chance might have finally worked. Thicke has been performing in several concerts recently, and is making a point at each stop to tell his fans how deeply he still loves Paula and how desperate he is to get her back. He usually ends with a personalized ballad for Paula. Paula has been made aware of what he’s been doing, and made it clear that she is not impressed with his stage antics, nor did they play any part in her opening up to the idea of reconciling.

Paula simply wants her family back. She has yet to hire a divorce lawyer, and has remained in contact with Robin for the sake of their young son. Now the conversations have turned a bit and they are becoming more productive as far as working on their broken relationship. Concert attendees at Thicke’s future stops are hoping for a reconciliation before his next performance!