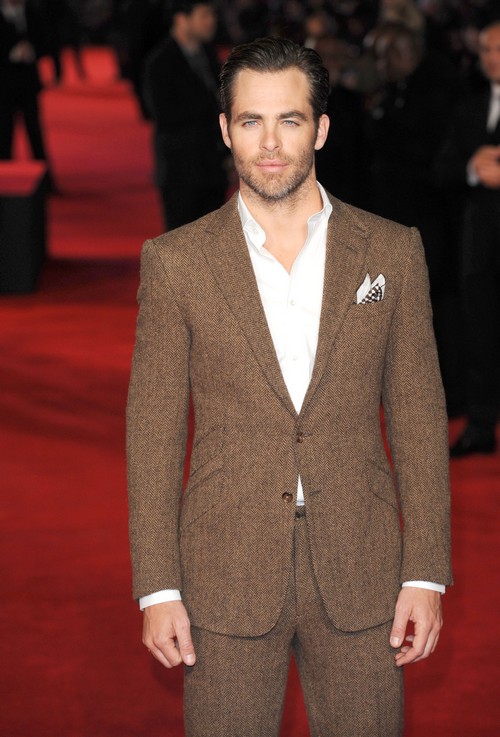 Hollywood Hottie Chris Pine made some memories while in New Zealand on March 1, and ended up with a souvenir that may land him in hot water.  Pine may have overindulged in alcohol before getting behind the wheel, and ended up being charged with drunken driving after failing a blood test.

Pine, 33, is said to have had a blood-alcohol level over the legal limit of .08 percent. The Star Trek actor was reportedly stopped during a routine early-morning check, as reported by ABC News. Pine was reportedly leaving a wrap party for his new flick, Z for Zachariah which was held at The Blue Pub. The actor stars alongside Margot Robbie, and Chiwetel Ejiofor in the movie.

While it was reported that Chris, who brought his girlfriend Iris to the event with him, seemed fine when he left the pub at 2:30AM, apparently he was not. Pine must have felt confident that he was sober enough to drive as he didn’t take advantage of the sober drivers the bar offered that night in anticipation of a police operation to catch people “drink driving.”

The actor, who was said to be extremely friendly with fans and bar staff, is set to appear in the Ashburton District Court on Monday, March 17.