RHONJ Teresa Giudice Wants To Go To Prison, Thinks It Will boost Her Career 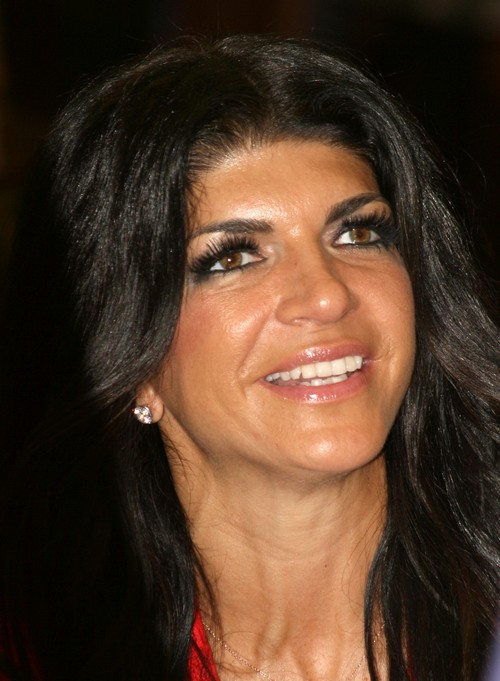 This month Real Housewives of New Jersey star Teresa Giudice and her husband Joe Giudice shocked their fans when they were indicted on 41 counts of fraud.  This week the reality TV couple appeared in court and pleaded guilty to a total of nine felonies and confessed that they were involved in a scheme over the course of the last decade that defrauded the IRS and bankruptcy courts, and they profited over a million dollars from it.  Theresa and Joe are both facing years in prison.

Teresa Giudice seems to be handling her legal woes extremely well, almost too well.  The RHONJ star has recently been criticized for not taking her potential jail times seriously, nor taking into consideration how it will affect her young children.  Despite the severity of her open court case, she is still filming for Bravo, and basking in the limelight.

Theresa isn’t just overly confident, she is apparently delusional about her sentencing.  Instead of worrying about who is going to care for her children and how they will be affected when both their parents are carted off to jail, the reality TV star is actually looking forward to going to prison.  A source close to the Giudice family told In Touch Magazine that Theresa thinks going to jail will make her even more famous, and once she is released she will be able to rake in big bucks off from the publicity.  Here’s what the insider told In Touch, “Teresa thinks that if she goes to jail, it’ll only make her more famous.  She thinks she’ll be redeemed — and then become even more popular and be able to make a fortune.”

Do you think if Teresa Giudice goes to jail it will make her “more famous”?  Or has the Real Housewives star completely lost her mind?