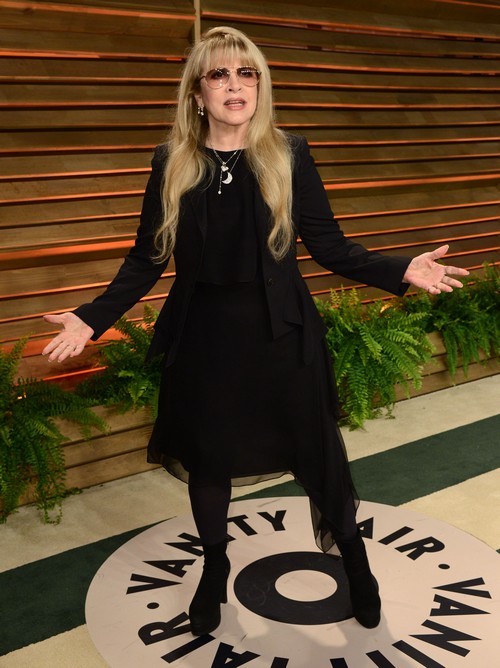 Though Lindsay Lohan reportedly gave an incredibly impressive performance covering a Stevie Nicks song at a birthday party in February, the troubled actress was shot down once again by her idol Stevie Nicks.

Lindsay has long ached to play Nicks in a biopic, but has been shut down over and over, dating back to 2011. Now that Lindsay feels she is finally back on track, talk surfaced again about her playing the legendary singer, a role she has longed for.  She purposefully selected a Nicks’ song to perform at the party, to prove to those in attendance that she has what it takes to play the singer.

Unfortunately for Lilo, it will take more than a great voice to play the Fleetwood Mac singer. The condition Stevie made clear since as far back as 2011 is that Lohan would have to be drug free. And while Lindsay approached Nicks again recently touting the fact she’s been sober for six months, she was shot down again. Stevie, according to the National Enquirer, wants Lindsay, 27, sober for at least two years before she’ll even consider discussing the rights to her story. Talk about serving up a dose of the impossible!

Stevie, who also battled drugs, actually thinks Lindsay would be the perfect choice to play her in a biopic, but has made her decision crystal clear. Stevie knows how easy it is to fall off the wagon and does not want to commit to Lindsay only to be burned if she returns to her wild ways. This is a tall order for Lindsay, but if she can prove her sobriety and remain drug free for the 18 months…she’s got the part! Yeah, yeah…we are not holding our breath either.