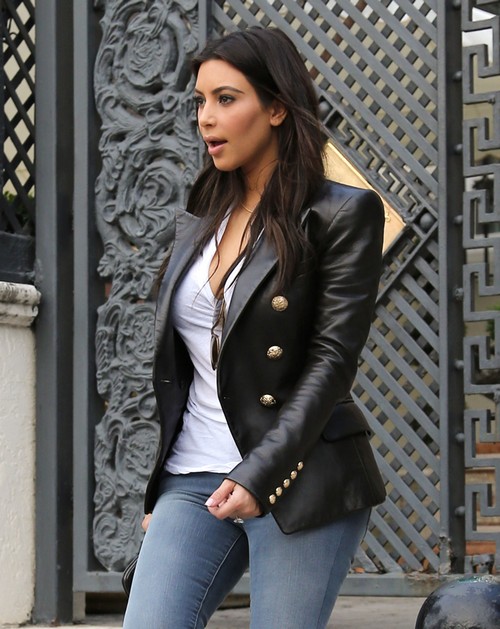 I ain’t saying she’s gold-digger…but Kim Kardashian can’t afford to date anyone who makes less money than Kanye West.  According to recent reports from Life & Style Magazine the Keeping up With The Kardashians star is burning through approximately $1 million dollars a month.  Must be nice!

The inside source told Life & Style Magazine that, “Renovations on that house have gotten so out of control, half a million is a drop in the bucket. It’s gotten worse since she started dating Kanye — she’s trying to keep up with him. She easily spends $30,000 a week on clothing.  She wouldn’t think twice about putting $150,000 a week into the wedding, whether it’s booking tickets and rooms for friends or putting deposits on premium vendors.  She is the rich version of living paycheck to paycheck.”

Kim Kardashian and her family have built a multi-million dollar empire around their E! reality TV show Keeping up With The Kardashians, but is their empire really large enough for Kim to be blowing a $1 million dollars a month.  No wonder Kanye caved and agreed to let E! film their May wedding in Paris for KUWTK.  If E! films the wedding, then they will foot the bill, and at the rate Kim Kardashian is spending money she will be broke by May.  Kanye might have to return their custom gold crowns to pay for their plane tickets back home after they say their “I Do’s!”

On a scale of 1-10, how insane do you think Kim Kardashian’s spending habits are?  Is it even physically possible to spend $1 million dollars in one month, when does she sleep?