Johnny Depp and Amber Heard Had An Engagement Party: How Does Vanessa Paradis Feel? 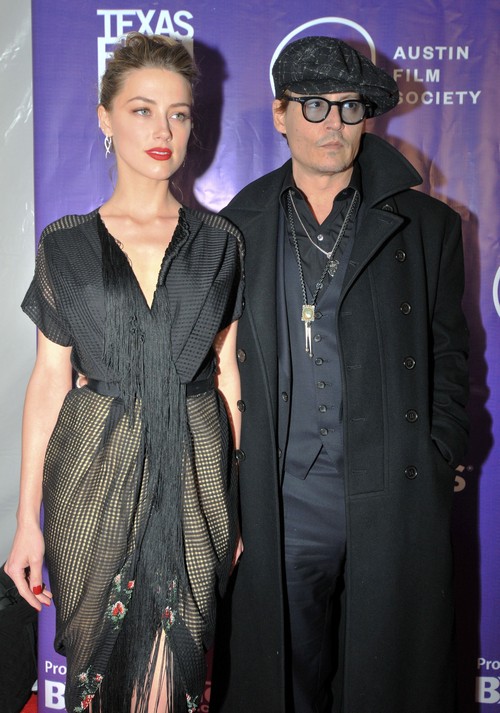 Fourteen years and two children together didn’t do it, but a young, hot 27 year-old who was involved with another woman when they met, must have been just what Johnny Depp has been searching for all along, because he is dead serious about marrying fiancé Amber Heard. Depp, 50, famously broke off his longtime relationship with Vanessa Paradis shortly after filming The Rum Diary with costar Amber. The former couple are parents to Lily-Rose, 14, and Jack, 11.

When Heard first began dating Depp, no one thought it would last. There were rumblings that Amber wanted to go back to her ex-lover photographer Tasya van Ree, while others said she was beginning to feel the age gap and was growing tired of being with Johnny who preferred staying in to late night partying. Apparently, those were just rumors, or the two decided to work through their problems because the couple celebrated with friends and family at their engagement party on Friday night.

People Magazine reports the couple partied with family and friends including Marilyn Manson and Jerry Bruchheimer in a 1920s-themed venue in Los Angeles. And while the May-December couple is very excited about their future together, they have yet to disclose their wedding plans just yet. The couple has been busy with promotional events for Heard’s film 3 Days to Kill, along with an award show where Heard was honored, but made time to throw a big party to celebrate their upcoming wedding.

This has to sting for Vanessa. All the years together, all the love, the children, etc….and then some young girl comes in and the man you’ve loved so long not only becomes your ex, but also rapidly puts a ring on the finger of the woman he left you for. Even worse, the hot, young actress hangs out with your children. And no…it was not a play date. Amber is playing “mom” to the kids. At least Vanessa can take comfort in the fact that Johnny’s looks have finally, after all these years, began to decline. The blond hair, the strange outfits, the dark glasses…not a good look for someone who was once one of the hottest actors alive. Well, they said it wouldn’t last and…it probably won’t but, likely these two will at least make it down the aisle. What do you think about Johnny and Amber? Are they rushing things?