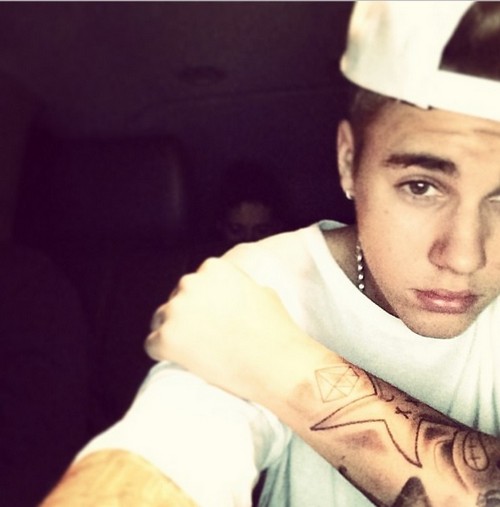 Justin Bieber has been all over the news this year, for his affairs, legal woes, and leaked photos and videos, but not for his music.  Honestly, I forgot that was why he was famous!  It looks like Bieber is ready to get back to work.  Today on Instagram he posted a snippet of a new song he is working on, titled “Life Is Worth Living,” and captioned it “life is worth living again.”  (Translation: everything is peachy now that he has reconciled with on-again girlfriend Selena Gomez.)

The snippet on Justin’s new song that he shared on Instagram doesn’t sound like a typical Justin “Bizzle” Bieber tune.  The thirty seconds of the song he posted online makes it sound more like a ballad or love song, instead of his typical catchy, upbeat pop songs.

There is no doubt that the song “Life Is Worth Living,” was inspired by his recent reconciliation with Selena Gomez.  It’s ironic that Justin didn’t mention any new music during the last few months, and then within a week from the time he and Selena got back together he releases a snippet of “Life Is Worth Living Again.”  Rumors have been swirling since Bieber and Gomez were videotaped in a Texas dance studio that the two lovebirds are working on a new music video together.  Since Justin’s life is worth living again now that he has Selena back on his arm, it only makes sense that she will be featured in his “Life Is Worth Living” music video.

Do you think Justin is jumping the gun by writing a song about how happy he is that Selena Gomez took him back?  Do you think the young couple will still be together by the time Justin finishes another thirty seconds of his new song?