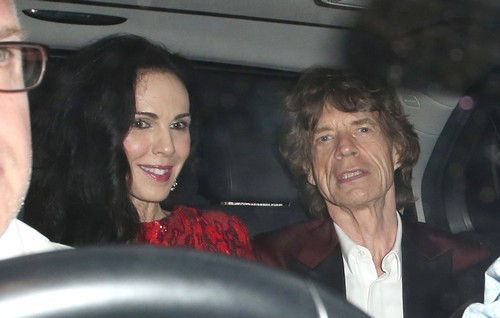 L’Wren Scott, the fashion designer and long-time girlfriend of Mick Jagger was found dead this morning in an apparent suicide. L’Wren, 47, was in her Manhattan apartment when she texted her assistant to come over. When the assistant arrived, she found Scott hanging. TMZ reports that officials say she was hanging from a doorknob. There was no suicide note, and foul play is not suspected.

Mick Jagger is currently in Australia on a world tour with The Rolling Stones. Jagger’s spokesperson told Us Weekly that he is “completely shocked and devastated by the news.” The couple, who had been together for 12 years, was last seen in public at an event promoting her collaboration with Banana Republic. It is said that L’Wren also designed the costumes for Jagger’s tour.

L’Wren was a very successful designer who had dressed some A-listers since founding her label in 2006, and is considered a favorite designer among the fashion elite. Oddly, her Twitter and Facebook accounts had new postings early this morning, though none pointed to any signs of trouble.

We will keep you updated as more information comes available.