Mick Jagger DENIES He Was Split From L’Wren Scott At Time Of Her Death: Cancels Concerts 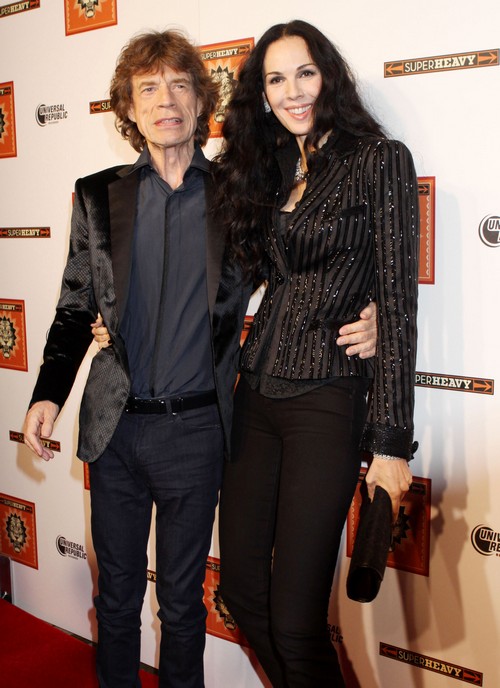 Mick Jagger is vehemently denying reports that he and girlfriend of 13 years L’Wren Scott, who tragically took her own life yesterday, had broken up prior to her death. Despite an article by the New York Post claiming that law enforcement listed L’Wren as the former girlfriend of Jagger, along with two reliable sources confirming a split as well, Jagger denies that there were any problems in the relationship and claims the two were still very much a couple at the time of her death.

Mick Jagger has been on tour and was in Australia at the time of L’Wren’s suicide. He has since rushed back to New York and has since postponed the Australian and New Zealand leg of The Rolling Stones’ tour, 14 ON FIRE. Rather than initial reports that claimed a tour cancellation, a rep for the band states they have decided to postpone the rest of the Australian and New Zealand dates.

Jagger’s rep further disputed rumors of a split between L’Wren and his client stating, “The story in the New York Post regarding a split between Mick Jagger and L’Wren Scott is 100 percent untrue. There is absolutely no basis in fact to this story. It is a horrible and inaccurate piece of gossip during this very tragic time for Mick.”

Jagger posted a tribute to L’Wren and continues to slam rumors that the two had broken up. Tell us what you think! Was L’Wren distraught over the demise of their relationship? Did they have any break-up talks about their relationship before he left on tour? We want to hear from you!