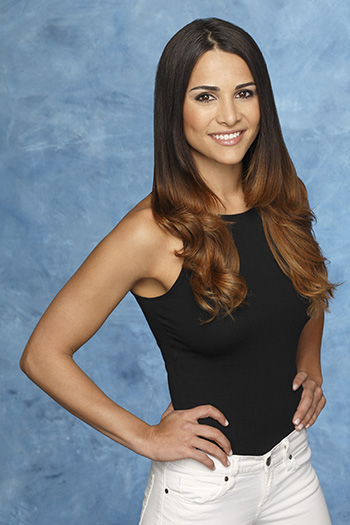 Bachelor Nation is still trying to wrap their minds around Juan Pablo’s shocking Season 18 Bachelor Finale, but Andi Dorfman and 27 lucky men are already busy filming the next season of The Bachelorette (filming began March 12th).

According to Reality Steve, who is infamous for spoiling the Bachelor and Bachelorette series, Andi’s first group date has already been filmed, and it may go down in Bachelorette history.  Apparently Andi took 14 of her bachelors to OHM Nightclub in Hollywood where they proceeded to dance around in their underwear dressed as fire fighters, cowboys, army officers, and even a robot and a pilot.  When they were done embarrassing themselves half-naked on stage, Andi’s sexy bachelors made their way through the crowds, and women stuffed money into their underwear…for charity.

Andi’s hot and steamy group date sounds a lot like when Juan Pablo’s bachelorettes posed nearly nude with dogs for a charity calendar.  And, according to The Bachelorette Season 10 spoilers, two of the women Juan Pablo sent home, Sharleen joint and Kelly Travis were at Andi’s group-date!  Apparently they say in the club with her and drooled over their BFF’s new eye candy.

Reality Steve also revealed that Andi’s first 1-on-1 date went to Eric Hill, a 30 year old from Salt Lake City, Utah.  Eric has a BS in Human Biology, and is currently filming a documentary of himself travelling around the world, titled “The Global Odyssey.”  He hopes to travel to break the world record by travelling to all 196 UN recognized countries by 2016.  Rumor has it Eric is also friends with Bachelor alums Brooks and Jef, who most likely gave him a few pointers on how to win the very first 1-on-1 date with Andi.