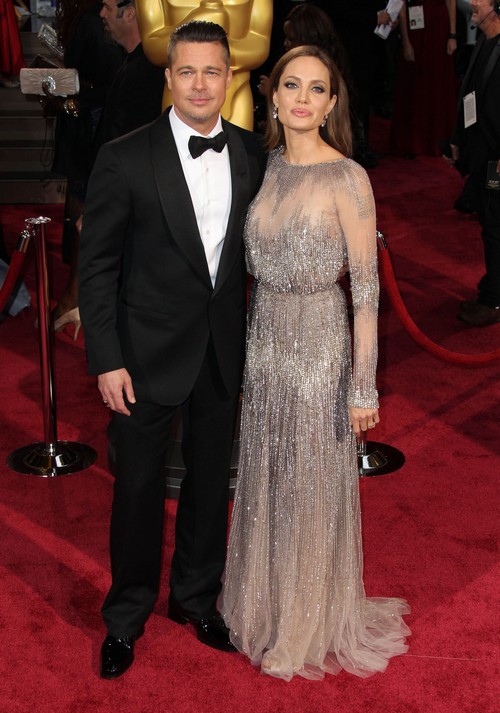 Brad Pitt and Angelina Jolie just can’t seem to get over each other’s past relationships.  You would think that the fabulous couple would be confident with their relationship, but in reality they are an insecure mess.  When Angelina isn’t a hot jealous mess over Brad and his ex Jennifer Aniston, Brad is apparently concerned that Angelina is going to ditch him and go running back to one of her exes.  The ex this week that has apparently caught Angelina’s eye happens to be Oscar Winner Jared Leto.

According to In Touch Magazine Angelina Jolie has been gushing over Jared Leto since she seen him at the 2014 Oscars.  The source told In Touch that, “She can’t stop saying how good he looked and what a great actor he is.”  In Touch’s source also added that Brad Pitt is not taking Angelina’s crush on Leto well, especially since they were rumored to be hooking up before Brad came along.  Apparently, Brad is “trying to keep his cool.  He wants to feel like Angie’s one and only.  He knows this crush is a fleeting thing, but he can’t stop ruminating about their past romance.”

The rumor mill has always been generating theories that Angelina and Brad are jealous of each other’s previous relationships.  The idea that they fell in love with each other while they were both in relationships with other people makes it hard to believe that they can remain truly faithful to each other.  Once a cheater, always a cheater, right?

Do you think the rumors are true and Angelina and Brad arguing over her crush on her old flame Jared Leto?  Let us know your thoughts in the comment section below.