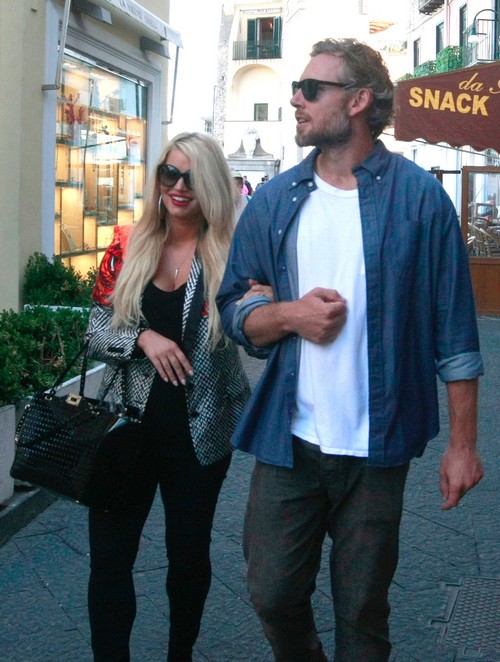 “I Do,” or “I Do…but Not Yet?” Jessica Simpson and fiancé Eric Johnson are throwing up their hands when it comes to planning their upcoming wedding.  This time, weight and pregnancies are not the issue..it is Jessica’s feuding parents that are hindering her plans.

Jessica, who recently lost weight and is said to be at her goal, had to deal with the awkward issue of her parents’ attendance and participation in her wedding.  Her dad Joe Simpson was asked to officiate by Jessica, in an effort to extend the olive branch to her father after she stopped talking to him after he divorced her mother, Tina.  Jessica thought that having both parents involved would work well since the family all want the best for her. Wrong. In Touch Weekly reports that upon hearing Joe would be officiating, Tina went ballistic. Having him at the weeding was understandable to Tina, but having him officiate after what he’s done to their family is outrageous in her eyes.

Joe has recently been spotted, on more than one occasion, in the presence of young male models. One of whom he was snapping pictures of on the beach. It was reported after her divorced wife, Tina, that he had come out as gay. Joe never confirmed the rumors, but based on the current photos of Joe and his male counterparts circulating the web, it seems quite obvious. Jessica and Eric could care less about his sexual preferences, but Tina is still bitter and is likely going to make life hell for Jessica unless she makes a change in plans.

I am starting to think an elopement might be best for these two….thoughts, HHers?