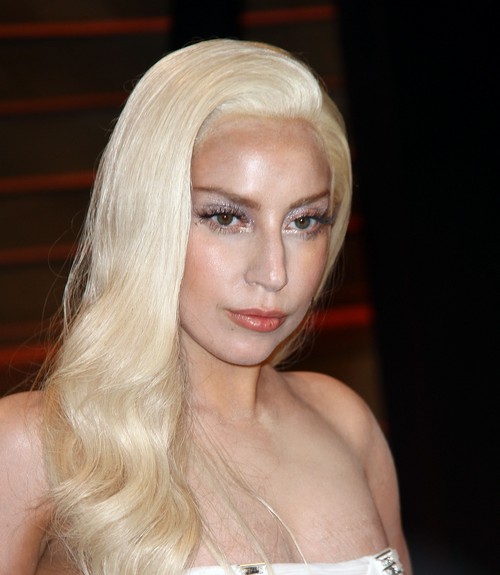 For those of you who just can’t get enough of the Real Housewives of Beverly Hills, Lady Gaga has a treat for you!

The video, filmed at Hearst Castle, for Gaga’s new single G.U.Y, features the Housewives leading ladies, Lisa Vanderpump, Kyle Richards, Kim Richards, Yolanda Foster, and Carlton Gebbia (no Brandi??). In the video, the ladies, clad in long-sleeve pink minis, play guitars, harps, a tambourine, and a cello, reports People Magazine. The ladies are meant to be part of Gaga’s band in the video, and those who have seen it says that it isn’t half bad.

Gaga has admitted in the past to being a fan of the franchise, claiming Vanderpump as her favorite “Mostly because she doesn’t give any f__ks,” People reports. The priceless video premieres Saturday night on NBC’s Dateline.  People also reports a behind-the-scenes clip on the Today show, the women are shown reviewing the footage with Gaga, who is clearing in a fun-loving mood, just enjoying her time with the ladies.

Sounds like a fun time, one the Housewives won’t forget any time soon! Will this cause some tension with the housewives that were not included for some reason? Multiple sources have said that Brandi Glanville and Joyce Giraud de Ohoven were not included in the video. Their choice not to do it, or Gaga’s choice not to include them? What do you think? Weigh in below. When you see the video, share your comments below.