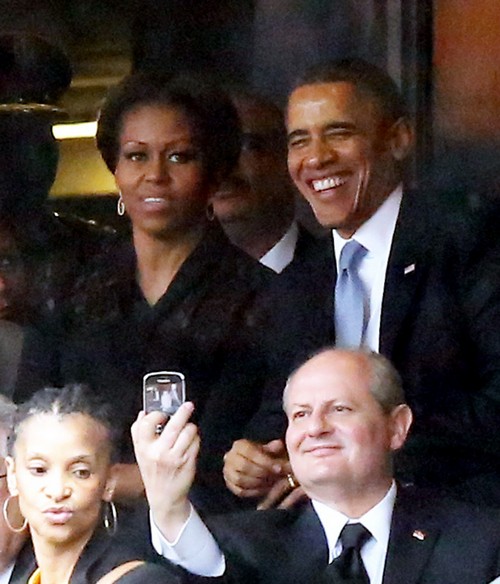 A family vacation doesn’t usually cause marital strife, but if you are Michelle Obama and decide to take your mother and children on a lavish tax-payer paid vacation to China, that might be a different story! The National Enquirer reports that Michelle Obama stormed out on President Barack Obama after a major blowout over Michelle’s lavish trips that are at the taxpayers’ expense.

The POTUS is reportedly fuming that Michelle is spending so freely on yet another vacation. This, after it was recently reported that the family spent between $60 and $100 million on their trip to Africa, most of which was a vacation. It was also reported the Obama’s spent over $7 million in just travel expenses between late 2012 and early 2013. One of those trips, reported as costing $2.1 million was for Barack’s trip to California for a dinner with Jeffrey Katzenberg and to appear on the Tonight Show with Jay Leno.

The President has been taking heat for the high travel expenses at the cost of taxpayers, so it makes sense that he and Michelle argued over the fact that Michelle, her mother, and two daughters are staying in a $8,350 per night suite while in China. WND reports that a source from the Hotel has complained about Michelle’s mother, Marion Robinson has been barking orders at the staff.

The President is upset because he wants Michelle to reign in her spending, especially for trips that don’t involve any business. First Lady Michelle feels like she has put up with enough and deserves a lavish vacation for her and her family.  Reporter Keith Koffler cites the expense of the jets the First Lady uses for her famous vacations to be approximately two thousand dollars per minute of flight time. Wow! No wonder those travel expenses add up.

The POTUS feels this is the worst time for his wife to be making such a show of spending money on a fun vacation because he knows eyes are closely on her and it will hurt the family in the end.  Tell us what you think? Did the FLOTUS go overboard with her vacation spending, or is it justified? Did the President have a right to be upset?

Kanye West Rails Against President Obama In Another Rant

Kim Kardashian Gets a Taste of Her Own Poison?