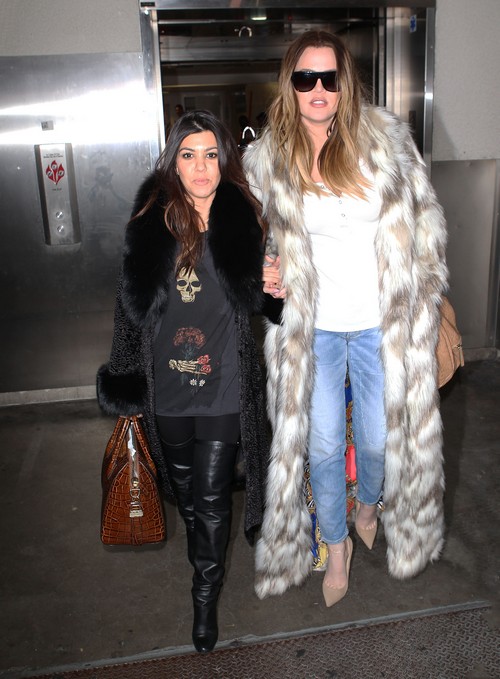 Well, it looks like the 15 minutes has been extended a bit for the Kardashians. This time, it wasn’t Kim who lucked out (Hello…Vogue cover?!), but Khloe and Kourtney who just scored a new show on E!, Kourtney and Khloe Take the Hamptons. So, to those of you with homes in the Hamptons, consider yourself warned.

The network confirmed that the newly-single Khloe will join mom of two Kourtney, her boyfriend Scott Disick (emphasis on the “sick”), and their two children in the Big Apple. The show’s premise is a relocation of the ladies’ Dash New York store, while showing the struggles they face as they open their first store in the Hamptons. Struggles? That is straight form the network, because I don’t think anyone believe these girls “struggle” over anything when it comes to their Dash stores, since they never, EVER seem to be there. Perhaps if they stopped vacationing every other week, they’d realize the true “struggles” of starting and running actual business for an actual profit.

Speaking of their Dash stores, E! has also decided to take a chance on another series, Dash Dolls, which features the family we love to hate. As if we didn’t get enough of them through their never-ending duck-lipped selfies, fans will be able to watch Kourtney, Kim, and Khloe pretend to own and manage their Dash stores, while focusing on the Dash Dolls—the Dash employees taxed with managing the stores. The network states the Dolls will show how they “juggle the glamorous lifestyle that comes with representing one of today’s most successful boutique chains.” Most successful chains? Hardly. But Bunim-Murray and Ryan Seacrest Productions wants you to think so and tune in to watch yet another series that the Kardashians can insert themselves into. So, those of you with good eyes and good hearing, you have been warned.

Both shows premiere in Fall 2014. E! also confirmed Keeping Up With the Kardashians will continue on E! through the summer.