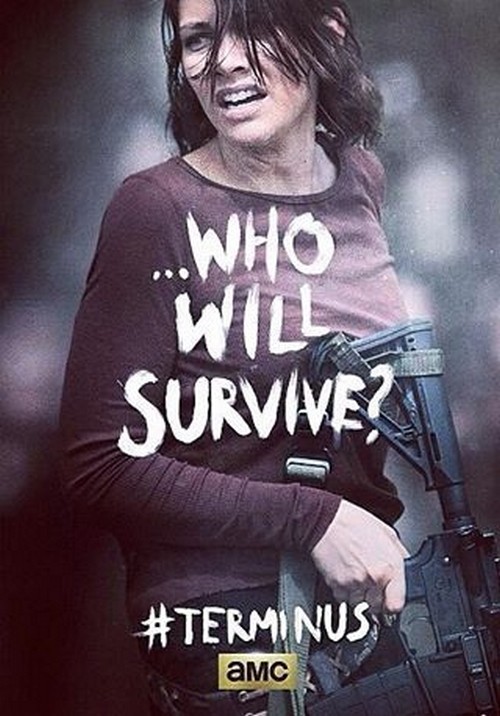 Are you on the edge of your seat like me waiting for the season 4 finale of The Walking Dead?  It’s bitter sweet, we want to know what is going to happen at Terminus but we don’t want all the gory goodness to end.  On last week’s episode Glenn was very excited as he walked on the train tracks he came upon a message from Maggie that told him she was going to The Terminus.

Daryl was still with the nasty  survivalists and the leader wanted Daryl to join their group. (this is the group that Rick escaped from in the house)  The survivalists had rules and Daryl is not interested in playing by their rules.  Meanwhile Glenn and Tara split from Abraham, Rosita and Eugene to take a more dangerous, but faster way to The Terminus.  By the end of the episode Glenn and Tara get into trouble and Maggie saves the day. Did you watch tonight’s episode?  We did and we recapped it right here for you.

On tonight’s finale episode Rick comes face-to-face with sheer brutality when multiple paths collide.  Creator of the series Robert Kirkman described the finale as Savage and the biggest show TWD has ever done  and people will be talking about it for a long time.   Many people mean that Rick Grimes may die Robert also revealed the finale will be a huge cliff hanger, does this mean we will be unsure about Rick’s death?

Our wonderful sister site is going to be providing the live recap tonight, so head over there and keep refreshing often because IT IS LIVE…..