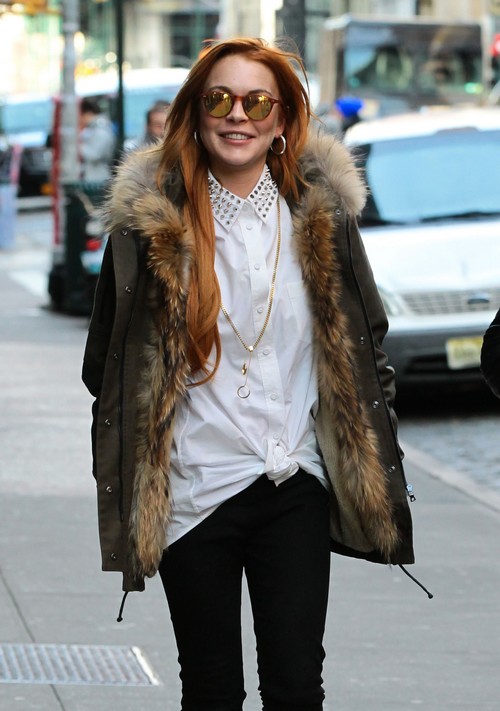 Well, that sure didn’t take long. In the ever-present downward spiral that is Lindsay Lohan’s life, she seems to solidify her place in the “poor me” world of broken celebrities left with nothing as they cry about not knowing where all their money went. Welcome to the club, Lindsay! Again.

Just when there seemed to be a glimmer of hope for the rehab- and courtroom-addicted star after landing herself a decent payday for her docudrama filmed and produced by Oprah Winfrey’s OWN network, Lindsay is back to her old ways. Lindsay grew up with more money than she knew what to do with. She had a constant flow of earnings back then, so when she blew through it, there was always more coming in. Not the case any longer, but her spending habits have not changed. Because Lindsay was managed by her party-girl mom whose only interest in being Lindsay’s manager was to get as much as she could out of the sweet deal. Rather than getting Lindsay a good financial advisor, one who’d have likely put money into more prosperous investments than alcohol, clothing, and drugs, Dina Lohan was just as guilty of being frivolous and irresponsible with Lindsay’s money.

Lindsay was foolish with her money, never making any worthwhile investments, and continually spending money like water. Well, that well has now run dry. Lohan could not even afford the $300.00 worth of clothing she attempted to purchase from Rag & Bone in New York on Sunday. Noting how embarrassed she was, Lindsay’s friend stepped in to cover the bill, reports Radar Online.

While Lindsay was paid $2 million for her docudrama, she has reportedly blown through almost all of that. She seems to have no concept of money and seems to think that she can still afford the lifestyle she was once able to financially support. Radar also reports that Lohan’s longtime assistant quit after she was no longer able to pay him.

While the Oprah gig was the Mean Girls opportunity to clean up her tarnished image and show the world that she is back on track, it failed to do anything to her reputation other than confirm what we’ve all known all along. Lindsay is the same train wreck she has always been. So, her possibilities of getting any reputable work are just as they were before..slim to none.

We tried contacting Lindsay’s rep for a comment…but she could no longer afford to have one. Okay, HHers…I am kidding! But it doesn’t seem too far out of the realm. Stay tuned!