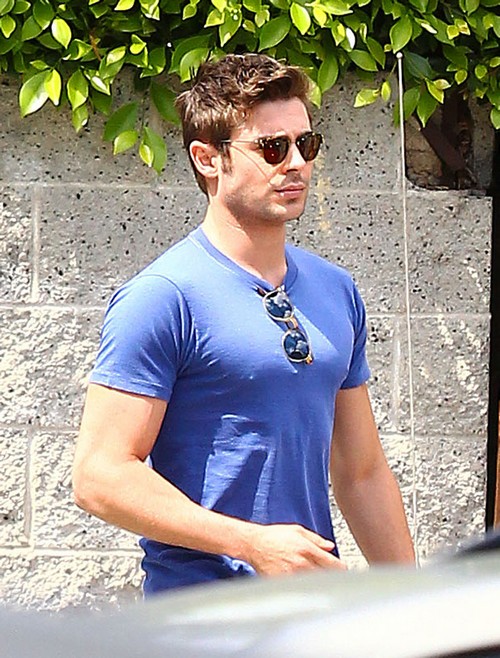 What many have speculated about for months is finally being confirmed.  In Touch has just reported that sources have now come forward to share that Zac Efron’s description of the cause of his jaw-breaking injury four months ago, is very different from what truly happened.

Skepticism came shortly after news broke of Zac Efron breaking his jaw after “slipping on a puddle of water” in his Hollywood Hills home. Because of his history with drug abuse, and the fact that he drove himself to the emergency room to receive care red flags were raised that the only water in this story was Zac’s watering down the truth about his fall.

Most recently, more friends are coming forward to attempt to get Zac help as they see him going down a dark path. His supposed stint in rehab, we later learned, was Zac’s interpretation of rehab…which meant staying at his friend’s home in a remote location, receiving counseling for the short time he was there. Then there was the recent fight in LA’s skid row that made headlines after Zac and his bodyguard were harmed in an area known for drug sales. The fight happened in the middle of the night and the story seemed shady to many, as Zac’s people said he was in the area for a late-night sushi run. If you are familiar with skid row, you know the LAST thing you’d find there is an upscale sushi joint!

Zac seems to have a group of friends who truly care about him and are worried about his well-being. We’ll see if he heeds their warnings and gets the help he needs.