Did The Pressures of Being Perfect Drive Peaches Geldof Back to Drugs? 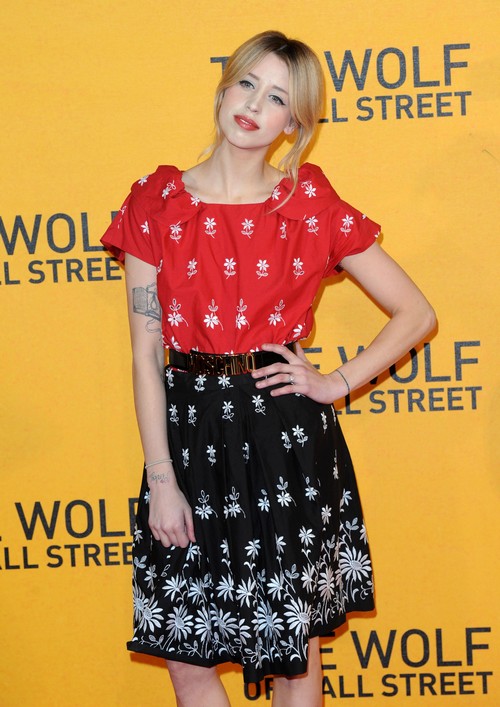 For Peaches Geldof, who was pronounced dead today in Wrotham, Kent, drama, suicide, drugs, divorce, and overindulgence were just part of life. Peaches has described her childhood as extremely difficult, sharing in a 2012 interview with Elle Magazine that she never really got over her parents’ divorce years earlier. Her parents, Irish musician and activist Bob Geldof and the late Paula Yates didn’t provide much in the way of a normal childhood. After the couple’s divorce, resulting from Yates leaving her then-husband for INXS musician Michael Hutchence, Peaches later had to deal with her step-father’s suicide and, a few years later, her mother’s drug overdose.

Peaches vowed to Elle that she had planned to make things different for her—at the time—only son. She even went as far as to say that she is obsessed with “getting it right” referring to motherhood and her ability to provide a wonderful childhood for her son. Perhaps Peaches succumbed to the pressures of “getting it right” and being the perfect wife and mother. Those were the two things she listed as being most important to her. With an addictive personality, and a past filled with drug abuse, could it have been that Peaches weakened in her sobriety after realizing that perhaps she was not the perfect mother and wife she set out to be? We learned that a similar fate took Philip Seymour Hoffman after it was found that his drug use left him riddled with guilt, only fueling his desire for more drugs in hope the pain and guilt would subside.

While the cause of death has not yet been reported, we are left to presume that drugs may have been a factor. There was no homicide, she was found dead with the cause unknown at the time. That leaves death by natural causes, or a drug overdose. Sadly, given her repeated drug use and hard living over the years, there is a chance drugs played a part in her death whether intentionally, inadvertently, or even indirectly (possible heart attack?). Peaches has been linked to more than one story that included drug use over the years. An admitted drug user, Peaches was linked to the death of a young boy who died of a heroin overdose after he wrote in a diary entry that Peaches was planning to come over so that he could inject her. The parents of the boy, Freddy McConnel, went on to blast Peaches for her involvement after she had admitted to the family that she had given Freddy money for drugs in the past, while carefully inserting that she was not directly involved with his death during the call.

Her brush with drugs and death did not end there. The Daily Mail reported at the time, “In May 2008, she was questioned but not charged after being seen offering a drug pusher up to £190. Two months later, she was treated by paramedics after an overdose and was believed to have stopped breathing for several minutes until she was revived.”

So, while at this point we can only speculate, given her difficult upbringing and all the challenges she’s faced coupled with the pressures of being the perfect wife and mother, it seems like a reasonable notion that drugs played a part in her death. Hopefully this serves as a reminder to her husband Tom Cohen of the band S.C.U.M., that he must keep the children protected from the dangers of drugs. It is so tragic that the young children have to grow up without their mother, just as Peaches had to do as well.