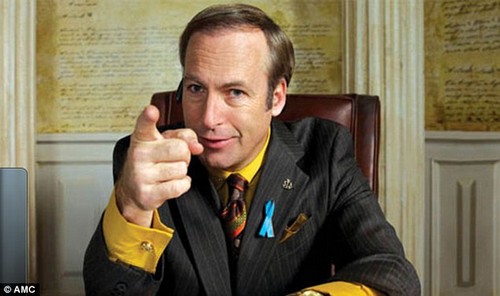 I am so excited for the Breaking Bad new prequel coming to AMC, “Better Call Saul.”  The new show is suppose to be a comedy and it will star and center around Bob Odenkirk as Saul Goodman.  We are hoping it will reveal how Saul became the man Walter White met.  The show is really gearing up to be a hit getting several former Breaking Bad actors to jump on board.

In more good news for fans of Breaking Bad, star Aaron Paul who played Jesse Pinkman is said to want to reprise his role on the new show.  Aaron has been talking to Vince Gilligan the creator about playing Jesse in a couple of episodes.  Aaron said, “The idea of jumping into the skin of Jesse Pinkman again in his lighter days – because it;s all a prequel – it would be fun.”

Not only may we get a change to see Jesse Pinkman, Bryan Cranston who played Walter White will also be back for a couple of episodes.  I cannot wait.