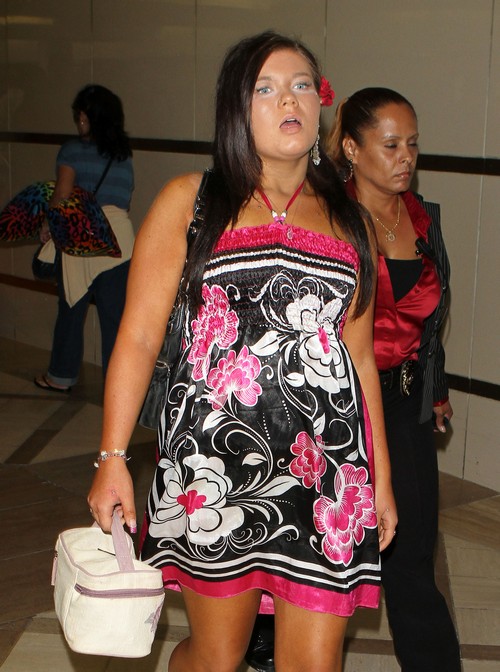 Teen Mom alum Amber Portwood has been out of prison for nearly six months since her release in November, 2013, and she has managed to remain sober this entire time.  For those of you who aren’t familiar with Portwood, she made her reality TV debut in MTV’s 16 & Pregnant, and then landed a spot on the original Teen Mom starring alongside Farrah Abraham, Macy Bookout, and Catelynn Lowell.

It was no secret to Teen mom viewers that Amber had a serious issue with substance abuse and towards the end of her reality TV reign she was arrested for assaulting her daughter’s father Gary.  Instead of going on probation, the troubled Teen Mom actually asked the judge to let her serve her time in prison, because she knew it was the only way she would be able to kick her prescription abuse problem.

A lot of fans of Teen Mom compare Amber Portwood to Teen Mom 2’s Jenelle Evans.  They do have a lot in common, however Amber Portwood seems to be able to go six months without being the center of a drug or pregnancy scandal.  I’ll be the first to admit I honestly doubted Amber Portwood would be able to keep herself out of trouble when she emerged from prison last November, so far she appears to be conducting herself like a model citizen.

Yesterday Amber took to Twitter to thank her followers for all of the support they have sent her way since she was released from prison.  The Teen mom alum tweeted this message, “I want you guys to know how sincere I am when I say you help me every single day…you give me strength to move forward…beautiful people.”