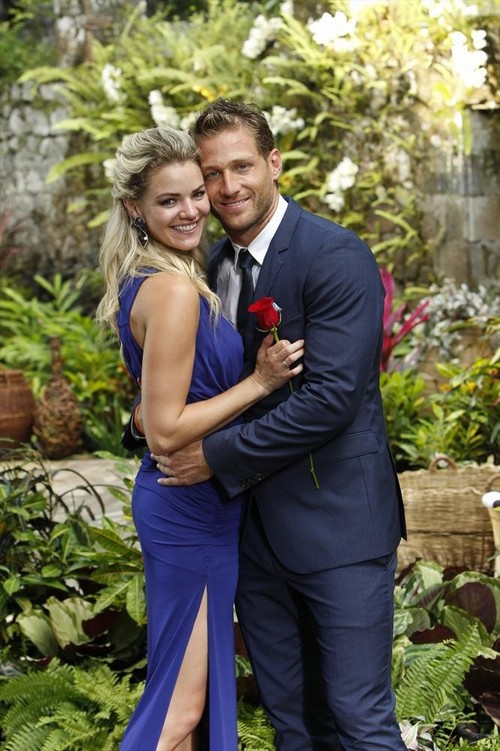 Even though there were plenty of stories last week about how Juan Pablo has finally given in and uttered the magic ‘I Love You’ to Nikki Ferrell, a new report from In Touch Weekly suggests that those stories were false. Apparently, Juan still hasn’t told Nikki that he loves her, even though it’s been several months that they’ve been ‘together’ now.

In a new issue of In Touch Weekly, Juan reveals that Nikki is someone he ‘cares about’ and that they’ve been spending a lot of time together. However, he denies having uttered the love word to Nikki, adding, “There is no need to rush into anything.” And what’s even stranger, Nikki doesn’t seem to mind, telling In Touch, “When it’s right, it will be right.”

Actually, it’s not strange at all. Why would Nikki mind, when her entire relationship with Juan Pablo is based on bringing them more publicity, fame, and money? She doesn’t care if he says ‘I Love You’, especially when the relationship is a fraud. Sure, they’re spending a ton of time together, but they’re also getting paid to attend events together and flaunt their ‘romance’. Plus, the cozier they appear and the more they hint at marriage, the more their stock goes up. So instead of blowing their load with an ‘I Love You’, an engagement, and a marriage, they’re slowly spreading out the milestones to capitalize on the publicity. It’s a smart move, but I would expect nothing less from these two.