Khloe Kardashian Dating French Montana, But Will He Abandon Her? 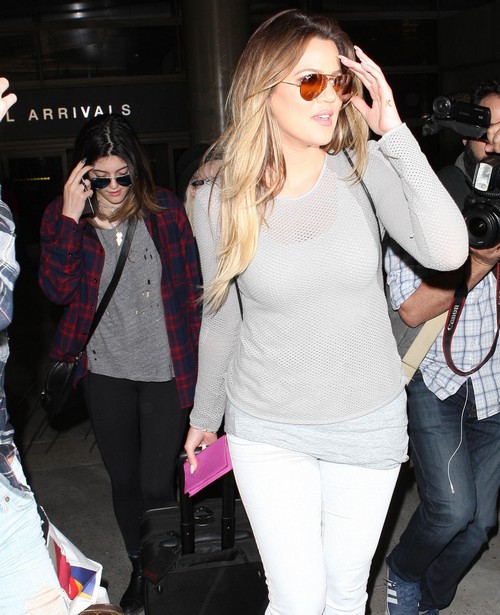 Khloe Kardashian is officially moving on from Lamar Odom, and with French Montana, no less. However, is her relationship with Montana bound to end in tragedy as well? According to reports, Montana’s ex-wife has publicly warned Khloe, telling her that he abandoned her and her child.

Deen Kharbouch, Montana’s ex-wife, tells Life & Style Magazine, “She has to be careful. Things are not what they seem.” Deen elaborates and tells the mag that she supported Montana for all those years, helping him achieve his career goals and getting him to the place he is now. She explains, “He and I worked together to put him where he is.”

However, she adds that as soon as he became successful [in 2012], he left her and her young son, taking off to go celebrate his success as a single man. She says, “As soon as he popped, it was as if Kruz and I didn’t exist. He practically abandoned us. Sometimes we won’t hear from him for two or three months.” She also explains that he’s forced to give her $7000 a month in child support, but only because she filed it in court.

Basically, French Montana is a douche of the first order, according to his ex-wife. And obviously, there might be some things that aren’t being revealed to the public about their divorce, but by and large, she seems to be telling the truth, no? However, while Khloe certainly has reason to be worried, I doubt French would abandon her the way he abandoned his wife. For one, Khloe’s much more famous and Montana would get a lot of negative publicity if he abandoned her. Second, I don’t think Khloe’s really looking for a serious relationship with Montana, and she probably knows about his commitment-phobic ways with women. This kind of stuff tends to spread around, especially in the D-list reality star/socialite group.