The Ultimate Warrior Dead At 54: James Hellwig of WWE Died 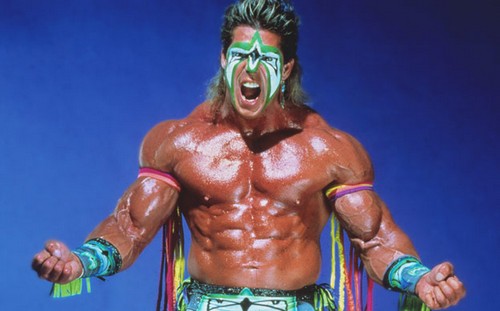 They say death comes in threes. That seems to be the case with the recent deaths of Mickey Rooney, Peaches Geldof, and now…wrestling legend Ultimate Warrior, 54, has died. The Ultimate Warrior, real name James Hellwig, was inducted into the WWE Hall of Fame last week and made his first appearance in years on Monday Night Raw.

This is another case of sudden, unexpected death with many questions surrounding it, just as with the recent death of Peaches Geldof. TMZ reports Hellwig collapsed outside his hotel while walking to his car. His wife was by his side as he was transferred to a nearby hospital where he was pronounced dead.

Many of his fans have spoken out about their shock and sadness over Warrior’s death, some seeing him as recently as 6AM on April 8th, the day in which he later died. He was in great spirits all weekend and took the time to pose for pictures the day of his death. The legendary wrestler has a very strong legion of fans, starting his career as far back as 1987.

WWE posted a message on their official website, “WWE is shocked and deeply saddened to learn of the passing of one of the most iconic WWE Superstars ever, The Ultimate Warrior.” Sadly, he leaves behind wife Dana and two daughters. Thankfully, he was able to enjoy the weekend and relish the joy from his induction prior to his untimely death. Stay tuned HH fans…we’ll keep you posted on any updates. Share your memories of Ultimate Warrior in the comments below.