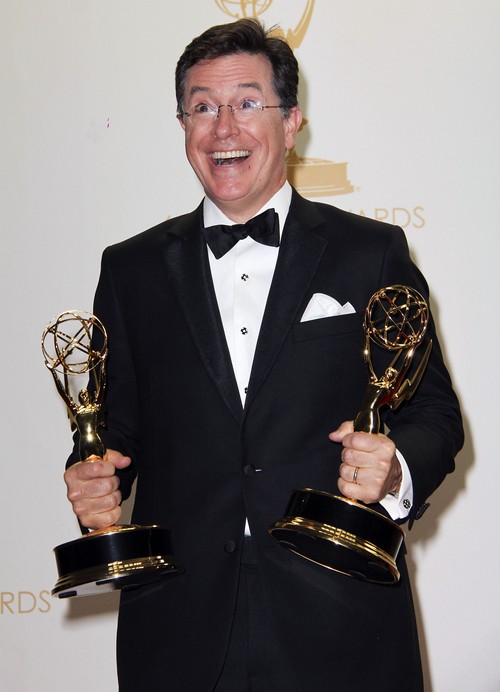 CBS announced today that comedian Stephen Colbert would be taking over Late Show as soon as David Letterman steps down, and he has officially landed a 5 year contract.  Colbert is currently the host of The Colbert Report, a late night show on Comedy Central.  Before he began hosting his own spin-off series on Comedy Central, Colbert appeared on eight seasons of Jon Stewart’s series Daily Show.  Considering Colbert’s track record he is definitely capable of carrying on David Letterman’s Late Show Legacy, he boasts two Peabody awards and 27 Emmy nominations.

After news broke of Stephen Colbert’s new give on the Late Show he released this statement, “Simply being a guest on David Letterman’s show has been a highlight of my career.  I never dreamed that I would follow in his footsteps, though everyone in late night follows Dave’s lead.  I’m thrilled and grateful that CBS chose me. Now, if you’ll excuse me, I have to go grind a gap in my front teeth.”

Stephen Colbert will film The Colbert Report for eight more months for Comedy Central, and then will leave the network and await his position at CBS’s Late Show.  There are no hard feelings between Colbert and Comedy Central though, they released a statement today regarding how proud they are of Stephen and wished him the best of luck on his future endeavors.

Are you excited to see Stephen Colbert take on CBS’s Late Show?  Or, were you hoping a different comedian would take over David Letterman’s position?  Let us know what you think in the comment section below.