Johnny Depp Partying and Cheating Behind Amber Heard’s Back – Report 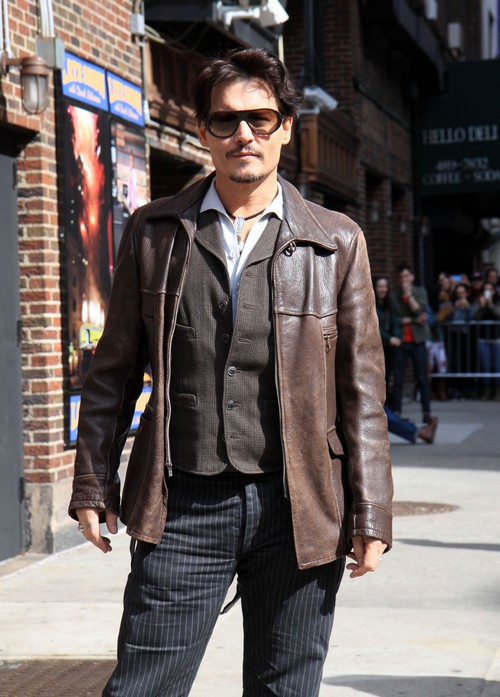 Is Johnny Depp cheating on Amber Heard, even as their wedding is getting closer? It’s only weeks until the big day, and Amber is also rumored to be pregnant, but will that stop Johnny Depp from partying if Johnny Depp wants to party?

According to a recent report, Johnny’s and Amber’s close friends are worried that he’s going out too much before the wedding, especially since he’s doing it behind Amber’s back. A source explains, “Johnny was so wild for so long and it’s hard to believe that Amber has straightened him out completely. Last year he was partying with six chicks and getting turned away from bars. Johnny always seemed like he was having a great time out partying, and it wasn’t just because a lot of women were around. People are afraid that he’s just stopped partying or is hiding his partying to be a good and upstanding guy for Amber. No one wants to see him go down that path again so they’re hoping that Amber is keeping him in line.”

If Johnny didn’t go straight for Vanessa Paradis, the mother of his two children, will he do it for Amber Heard, who he’s known less than three years? Yes, he’s getting engaged to Amber, but I think that’s more of a societal pressure and getting older thing than it is because he wants to be married. After all, he’s 50 years old now – and he aint getting any younger. I’m sure he realized that, and that’s why I don’t think he’s partying as much as this report suggests. He really just can’t keep up with the partying he used to do in his younger days, and that’s not a bad thing – but it’s not that he got ‘changed’ by Amber, it’s just that his entire outlook on life changed.

What do you guys think? Do you agree? Let us know your thoughts in the comments below.