Kris Jenner Will Not Be Appearing Naked On Playboy, Thank Goodness! 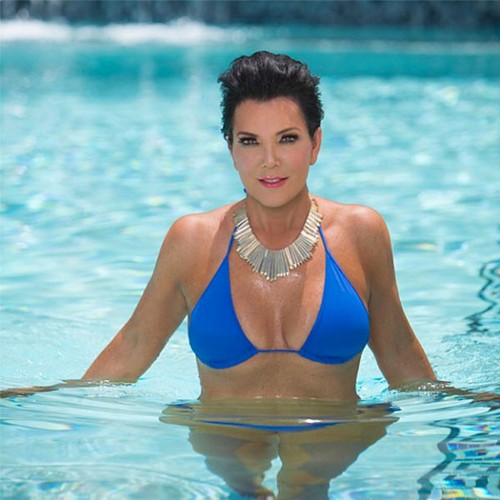 Everyone on the Internet is releasing a sigh of relief after hearing that Kris Jenner, in fact, will NOT be appearing naked on Playboy magazine. Everyone initially panicked after the rumors of Kris getting a full-blown nude spread in Playboy. I mean, who wants to see that? Ew, ew, ew.

But now, Kris is denying the rumors. In an interview with KIIS FM’s Kylie and Jackie O Show, Kris explained, “I don’t think anybody wants to see me without any clothes on.” Damn right, they don’t.

Of course, Kris spends the rest of the interview pimping her kids out, as is her specialty. She discusses Khloe Kardashian‘s relationship status, explaining, “Khloé and Lamar are still apart. There’s not really any change there that I know about or can report.” Then, she spends some time on the Kim Kardashian and Kanye West wedding, adding that she hasn’t seen the wedding dress yet. She states, “I am really looking forward to that day. I have not seen it. It’s gonna be so exciting. I haven’t seen a thing.”

Riight. Kris definitely knows how to play the media, doesn’t she? Build up buzz about her supposed Playboy spread, and then deny it – but not before bringing attention to two of the biggest media stories of this year: Khloe’s divorce and Kim’s wedding. This way, she gets enough buzz going for herself, but not neglecting her daughters either. Kris understands the meaning of building a media empire purely based on publicity, and she doesn’t mind famewhoring herself and her entire family to do it.

What do you guys think about Kris’ comments? Are you relieved that she won’t be doing a nude spread? Do you think 58 years old is too old to be doing a Playboy shoot? Let us know your thoughts in the comments below.