Kate Middleton Pregnant With Second Child: Did Prince William Let The Cat Out Of The Bag? 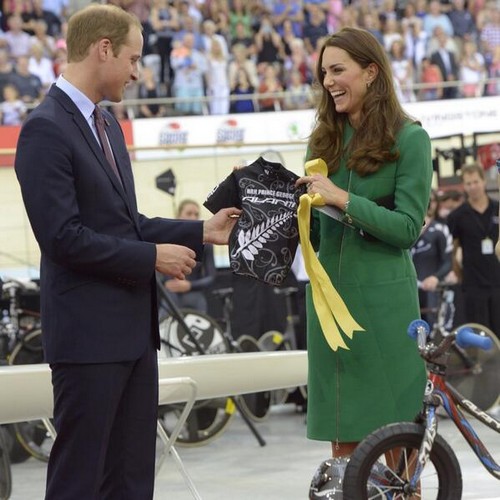 Is Kate Middleton pregnant with her second child?  Well her husband Prince William has dropped a big hint that this just might be the case.  The Royal couple are on a tour of New Zealand and while Prince William, the Duke of Cambridge was putting flowers on a war memorial Cynthia Read gave him a shawl for his 8-month old son Prince George.  In response to the gift William said, “You might have to make another one soon.”  What!!!  Let the Royal pregnancy speculation begin.

This is not the first hint that the Duchess is pregnant.  On the previous evening during a toast at the unveiling of Queen Elizabeth II‘s portrait at Government House Prince William toasted with wine and Kate Middleton with water.

What do you think Hiccupers?  Does Kate Middleton have another Royal baby on the way??