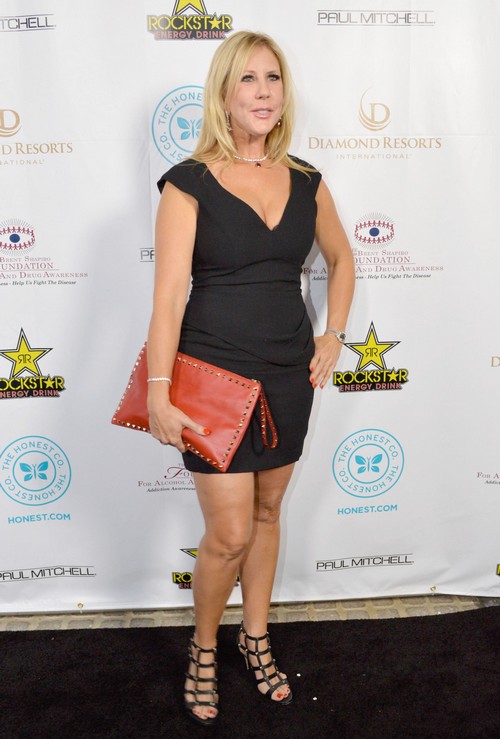 Vicki Gunvalson is the only remaining cast member of the Real Housewives of Orange County, which has been continuing for over NINE seasons. That’s like a 100 years in the scripted television world, and it’s all the more impressive when considering that RHOOC is the show that really began the whole ‘Real Housewives’ trend that went on to spawn an entire franchise.

Vicki spoke to E! News about the next season, revealing, “I think it’s going to be a great season—new blood, new drama and new issues. A little bit of drama between me and Brianna, but also a new sense of peace for me. If I can get it…Lord knows I’ve been through hell and back with my surgeries and my divorce and all this s–t going on all the time!”

She also tries to explain her reasons for staying on the reality show so long, adding that it helps her business, gives her focus in her life, and also helps her reach out to other women about ’empowerment’ and ‘finances’. Um, I’m not sure that the Real Housewives of Orange County is exactly the right platform to be discussing women’s issues, but to each her own, I guess.

Finally, Vicki also gives a few reasons as to why she’s the only remaining original cast member on the show, explaining, “It was time for a change. Gretchen had truly worn herself out with Tamra and I, especially. There was way too much hurt that had gone on with her and Slade to me personally and then also to Tamra. You have to be able to work together. I just don’t think you can be on a reality show with five or six women and not have a relationship with any of them.”

Well, that’s certainly true. Although I don’t know if I’d call the endless drama and fighting a result of solid relationships. However, as long as the show continues to bring in ratings and publicity, Bravo will continue adding more seasons.