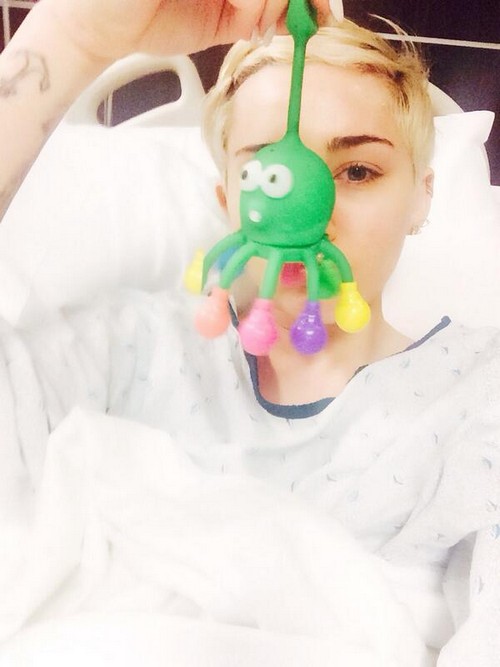 What is wrong with Miley Cyrus? Seems something strange is going on with the We Can’t Stop singer that has stopped her in the midst of her Bangerz tour for a second time.

Last Monday Miley cancelled her concert in Charlotte due to what was reported as the flu. Today, while in Kansas City for her concert tonight at the Sprint Center, Miley apparently had a sudden allergic reaction to antibiotics and has been hospitalized as a result. She was actually at the Sprint Center when she became ill. As a result, tonight’s concert has been cancelled as well.

What is interesting is that she likely would not have been on antibiotics for the flu since that is not a common treatment for the flu virus. And even if she were on antibiotics from the flu, she likely would have had the reaction last week when she would have started the meds. TMZ reported that one of their reporters was in Kansas City and actually saw Miley out shopping with her mother today, so it was later, and suddenly, that she became ill. So…what is going on with Miley? Could it be perhaps she was trying out some different meds not necessarily prescribed by her physician? Is her wild partying catching up to her? Maybe she took a little something for anxiety before hitting the stage? What do you think HH fans? Weigh in below!