Rob Kardashian Addicted To Sizzurp, Attending Wellness Center To Get Over Addiction? 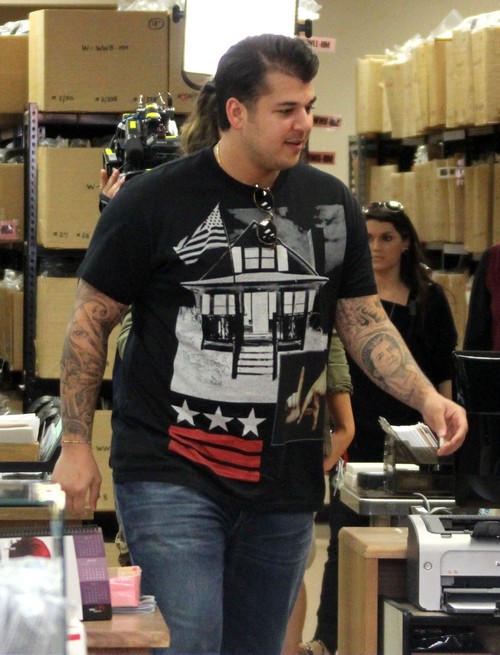 Why was Rob Kardashian not present during the extended Jenner-Kardashian vacation in Thailand recently? Well, according to recent reports, it was because he was checked into a ‘wellness center’, a.k.a. a rehab facility. Apparently, Rob’s recent weight gain has caused his lapse back into depression, and he feels like no matter what he does, the weight just won’t stay off. Also, sources reveal that Rob’s weight gain was mostly caused by sizzurp abuse, which Rob is starting to realize and wants to prevent from happening again.

We know that Rob’s dealt with depression before, especially after his well publicized breakup with Rita Ora. He used to blame his depression for his weight gain, and it looks like a combination of factors that led to the frequent sizzurp use. Also, sources close to Rob reveal that he is constantly dealing with verbal abuse from his family members, with mother Kris Jenner telling him that he’s the only ‘unprofitable’ member of the family. Ugh, the Kardashians are so sick, I tell you. So sick! Imagine making a member of your family feel bad because he isn’t bringing in bucket loads of cash by famewhoring himself out?

Anyway, Rob tried to go to the gym, but his depression and his subsequent sizzurp abuse wouldn’t keep the weight gain from happening – no matter how much he exercised. Then, when ‘things got out of hand’, Rob decided that he would do better to check himself into a wellness center. There, there’ll at least be a structured schedule of day-to-day activities, and he won’t have access to sizzurp. Plus, they’ll help with his depression and since that’s the root cause of everything, he’ll be doing much better overall once he gets treated for that.