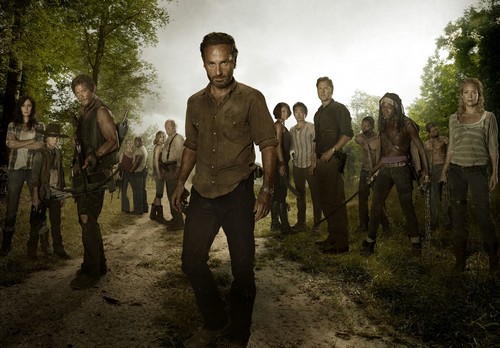 The Walking Dead has become wildly popular.  As a matter of fact the season finale of the fourth season had 15.7 million people tune in.  Can you believe?

Now that the AMC hit show is doing so well the cast would like to see a share of the pie.  Andrew Lincoln who plays Rick Grimes is the highest paid actor on the show and only makes a measly $90,000.  Sure that is a lot of money, but the cast is looking at other stars who make 5 times more money.

The Walking Dead is said to be pulling in top ad dollars and according to The National Enquirer they are making approximately $11 million per episode in ad revenue.

Years ago the cast of Friends all banded together so they could get a pay raise and the main actors on The Walking Dead show are considering the same tactics.

But the cast has to be careful because the TPTB at The Walking Dead are not above killing off any of the main characters on a whim.