Coco And Ice-T Are Attempting To Get Pregnant 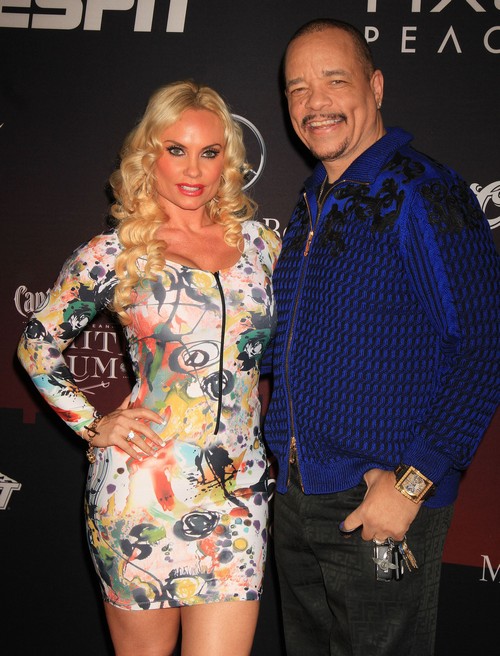 Coco Austin and Ice-T have surprised everyone by revealing that they’re trying to get pregnant. Nothing against the actual couple, of course, but they don’t really seem like they’re all that willing to settle down, do they? I guess that’s why you should never judge couples on their appearance alone.

Anyway, Coco tells In Touch Weekly in an exclusive interview that she really wants to get pregnant and become a mother. She explains, “Ice and I are very organized — we keep a list of what we need to do, and right now having a baby is next on the life list! I’m prenataling it with vitamins and everything to get my body prepared.”

Coco also adds that she’s always had the desire to have a child and become a parent, explaining, “I always told myself that when I turned 35, I would start thinking about a baby.”

Coco’s now 35 years old, she’s very successful, and she’s in a great relationship – it makes sense for her to take the next step and get pregnant. She also seems like she’s on top of the whole preparation thing, especially if she’s already taking prenatal vitamins and getting her body in order. Most women aren’t nearly as ready on their first pregnancy, but Coco doesn’t seem like she has that issue.

Anyway, if Coco and Ice’s plans are anything to go by, don’t be surprised to hear a pregnancy announcement within the next few months.

What do you guys think about Coco Austin and Ice-T having a baby? Let us know your thoughts in the comments below.