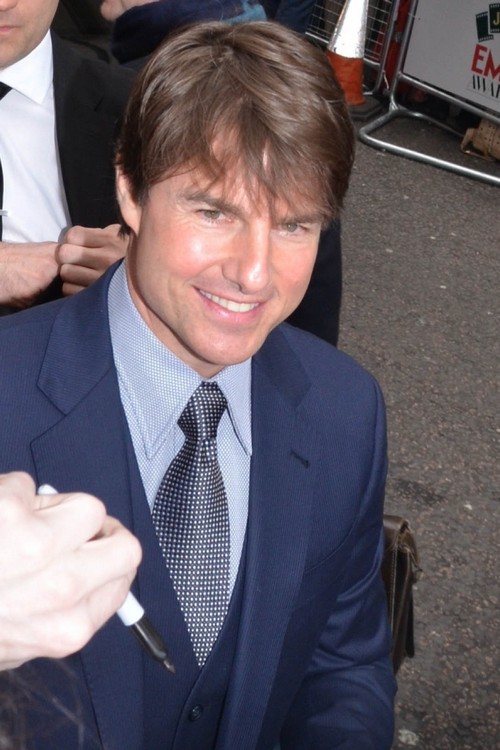 Tom Cruise has been basically living under the radar and out of the public eye since his highly publicized divorce from actress Katie Holmes nearly two years ago.  Rumors have emerged on a few different occasions over the past couple of years linking Cruise to different women, but they never amounted to much.  This rumor is different though.

Apparently Tom Cruise has been dating That 70’s Show alum and the star of Netflix hit Orange Is The New Black, Laura Prepon.  The actress is currently in the middle of filming the second season of the popular series, and according to the NY Post’s sources everyone on set is buzzing about their budding romance.  Prepon has been rumored to practice Scientology, as does her ex Chris Masterson.  So, Laura and Tom have a lot in common.

This isn’t the first time the two stars have been connected. Prepon and Cruise were actually sighted sharing a romantic dinner back in November, 2013 in Los Angeles at Manor Hotel.  This means the alleged couple has been canoodling for over five months now!  It sounds like the high-profile actors may be in a full-blown relationship, and somehow they managed to keep it under wraps for nearly half a year.

It doesn’t come as much of a shock that Cruise is finally moving on from his ex Katie Holmes.  She moved on months ago.  Multiple media sources have linked Katie to Cruise’s BFF Jamie Foxx after they were sighted together during Superbowl weekend this year.

What do you think of Tom Cruise and Laura Prepon’s alleged romance?  Do you think the rumors are true?  Let us know in the comment section below!