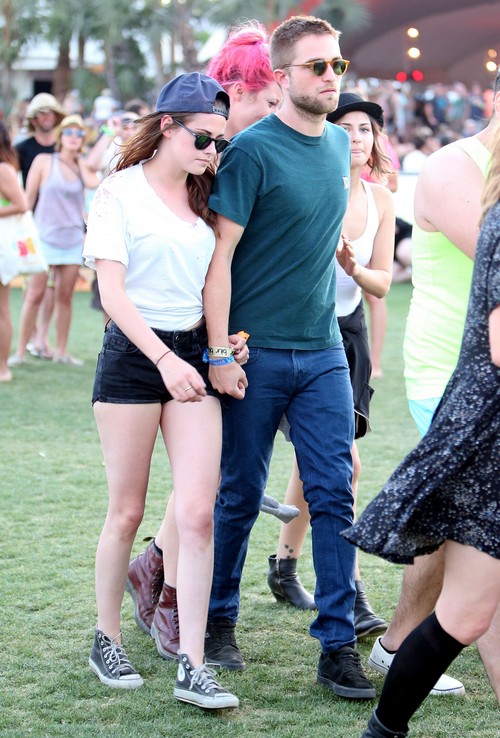 Both Robert Pattinson and Kristen Stewart will be attending the 2014 Cannes Film Festival – and at the same time! Dun dun dun. You know what this means, right? #RobstenUnbroken 2.0, two whole years after the couple went public at the 2012 Cannes film festival and Twi-hards everywhere exploded with joy. However, this year is unlikely to bring the same joy, especially because Kristen and Rob are no longer together.

Kristen is scheduled to attend the premiere of Clouds of Sils Maria, and Rob will be at the festival for both The Rover and Maps to the Stars. There are rumors that both Sils Maria and Maps to the Stars will be playing around the same time, since they’re both screening in competition. It’ll be extremely difficult for Rob and Kristen to avoid each other if that comes to pass, so what will happen if they come face to face, especially with such intense public scrutiny? Whether they get back together, hurl insults at each other, or hide from each other, it’ll still cause havoc in the media.

The most likely scenario is that they politely acknowledge each other so they don’t come off as rude or start more speculation in the media. However, there is always that outside chance that they get really drunk and decide to get back together. Either way, it’s likely that the press will manage to get a glimpse of their reunion at the festival, since you can bet the photographers will be following Kristen and Rob like bloodhounds.

What do you guys think will happen when Rob and Kristen come face-to-face at Cannes? Let us know your thoughts in the comments below.